You’re halfway through eating some greasy sausage patties and cheese wedged between two syrup-infused pancakes that have been used to replace what would normally be bread slices or two halves of a biscuit. There’s a freshly fried hashbrown the size of your hand waiting on your tray. Does the thought, “This will not satisfy me,” cross your mind?

Good news if it does! There’s no longer a need to do a walk of shame back up to the counter at McDonald’s and order another breakfast sandwich. Now you can have all the fixings of three McDonald’s breakfast sandwiches shoved into one. Shoved in real nice. For the first time in five years, McDonald’s has added a new menu item to their breakfast menu and it’s a beast. The Triple Breakfast Stack is here and ready to have you prolapsing into the work toilet before noon.

The idea behind the new Triple Breakfast Stack is simple. There wasn’t enough shit in McDonald’s current lineup of breakfast sandwiches, so McDonald’s was like, “Yo we gotta put some more shit in this shit” and a new breakfast sandwich was born. A fast food legend. Check out what’s on this monster.

Then you can decide if you want to put this hot, sexy mess between a moist, buttery biscuit, McGriddle pancakes, or a bitch ass McMuffin.

So grab one of these bad boys in the morning, unhinge your jaw, jam it down your throat, and then go and find some beta male eating avocado toast and murder him. 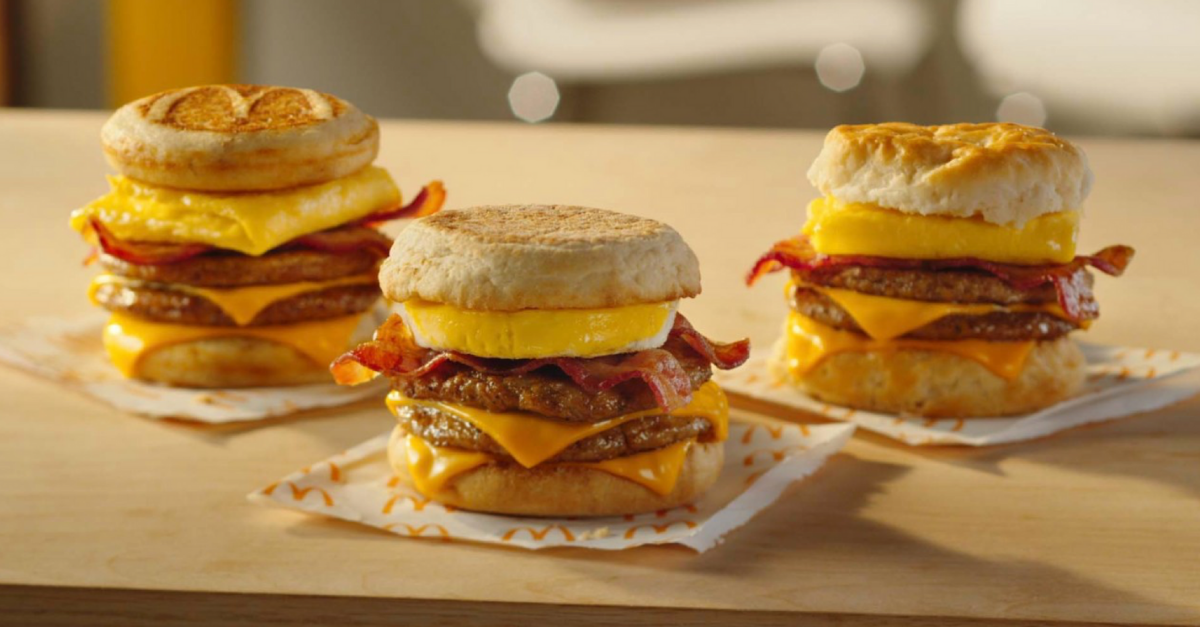