This, friends, is a first impression.

Montana Rep. Ryan Zinke, just confirmed as Donald Trump’s Secretary of Interior, was determined to make a memorable entrance when he showed up to his first day at work. He did just that — on a horse.

Thursday morning, the Bureau of Safety and Environmental Enforcement (part of the Department of Interior) tweeted a photo of Zinke riding into work on a horse, accompanied by two park police officers, also on horseback.

BSEE is pleased to welcome the new Department of the Interior Secretary Ryan Zinke. "Lets get to work!" pic.twitter.com/520TMPxslr

Politico reports that Rep. Zinke was confirmed yesterday in a bipartisan 68-31 vote and with little of the animosity that’s marked other confirmation votes. He received confirmation votes from 17 Democrats in total.

Zinke has been in the House of Representatives since 2014. He’s described himself in the mold of Theodore Roosevelt, who was one of the nation’s strongest advocates for conservation. As Secretary of Interior, Zinke will inherit an enormous body of agencies, one of the largest in government, with responsibilities ranging from land and water use to mining and climate change. 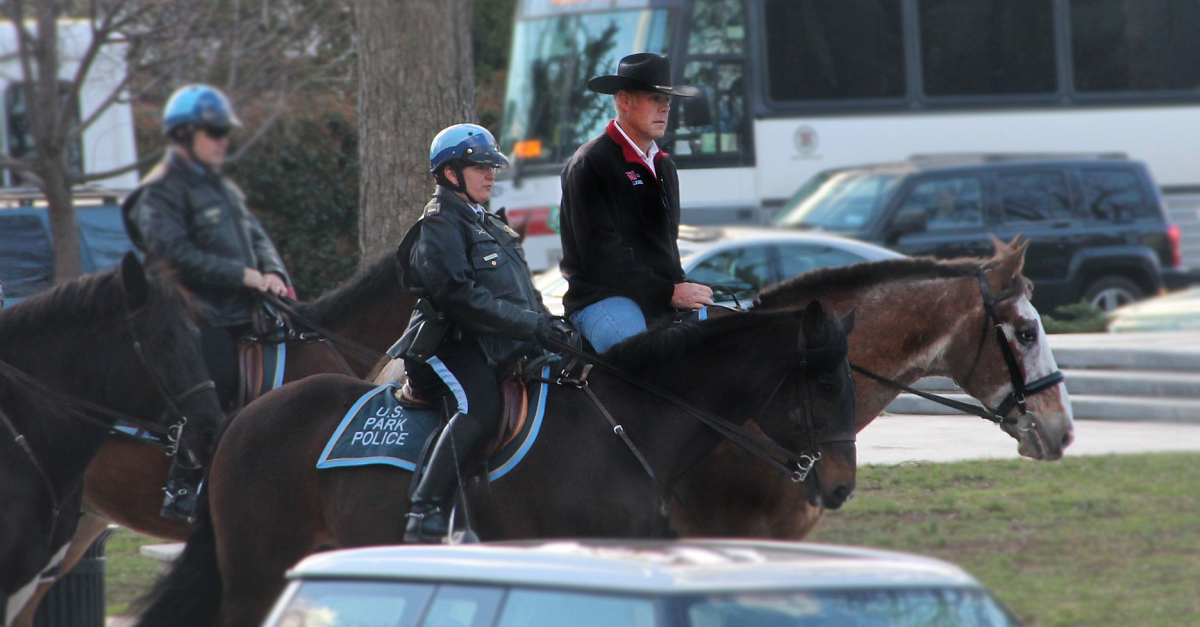