In contrast to many past generations, college students today seem to see the United States Constitution as more of a guide than a document that is reflective of today’s society.

That’s one way to look at a new video from Campus Reform in which Washington D.C. based college students are asked for their thoughts on the Constitution.

The video was produced to mark National Constitution Day which occurred on Friday, Sept. 16th.

What representatives of Campus Reform found is that among the college students they spoke to on the grounds of Georgetown University, many question how closely the United States should follow a document that is over 200 years old.

RELATED: A college student threw a temper tantrum at a UMass free speech event that you have to see

“People definitely take it too seriously, it’s not 250 years ago when was Constitution was about written, I’m not sure what the exact date is,” one student told Campus Reform.

“It’s maybe not as important as it was when it was written […] times have obviously changed,” another added.

Though Campus Reform paints the answers as “outrageous,” the video is a telling example of the changing political opinion of young people.

“People tend to want to read the Constitution very strictly when in reality it’s a living document, and it changes through time,” a student said.

Another student expressed her belief that the founding fathers intended the document as one that should spur discussion, rather than be taken literally word for word in a vernacular that is for the most part out of date. 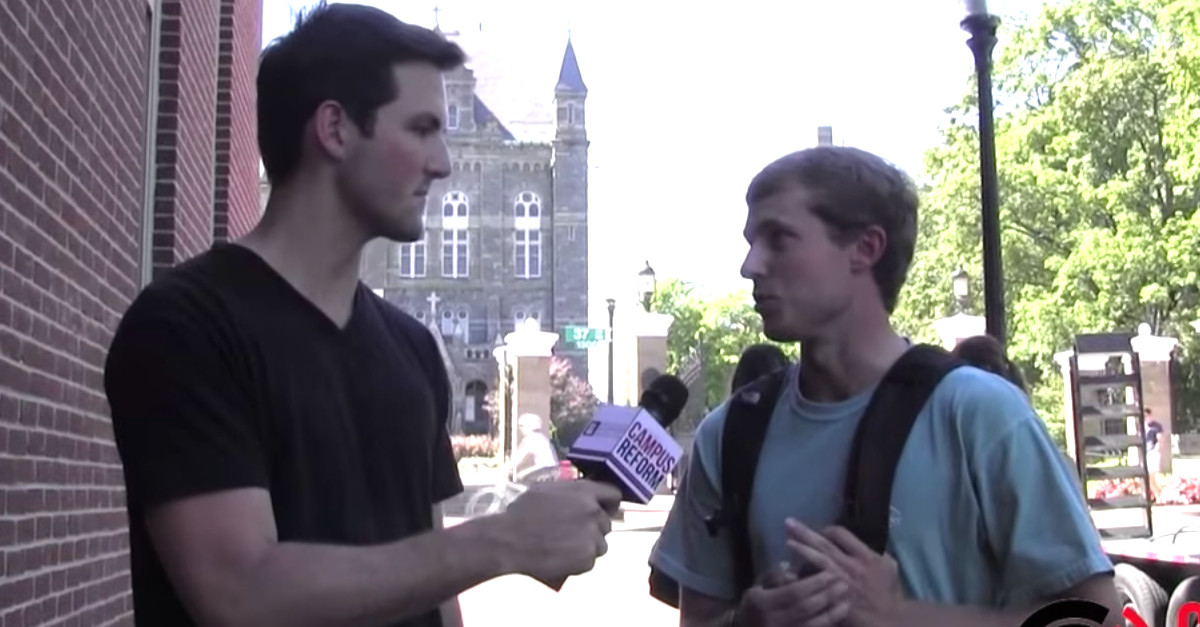