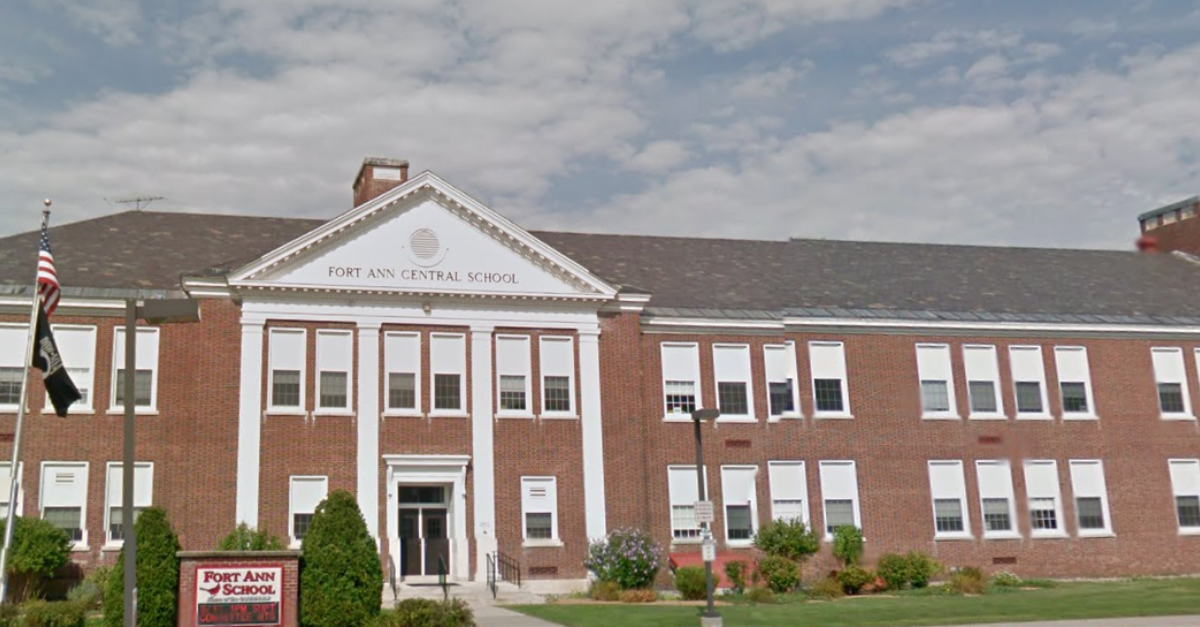 The mayor of Fort Ann, New York is dismissing calls for him to resign from his office for calling Democratic voters “retarded” in what one could describe as an ill-advised Facebook post, if one had a proclivity for understatement and making timid vocabulary choices, because in reality the post wasn’t ill-advised at all. It was dumber than teabagging a lit blowtorch. The post was so dumb that you have to wonder if this mayor, Republican Denis Langlois, has to have all the sharp corners in his office rounded off so that he doesn’t hurt himself. (There’s no way he’s allowed to use a letter opener.)

The social media post was so stunningly stupid that publishing it actually disqualifies this man from office more than the contents of the post itself does. It would be one thing if Fort Ann Mayor Denis Langlois had simply been overheard using the word “retarded” in a public setting or something. Then he’d be a dick, yes, but he could still be a competent dick for all we know. He’d still need to apologize, but it’s not necessarily disqualifying. Competent dicks make up an unfortunately sizable portion of U.S. leaders. It’s just sort of something we as Americans have to deal with for the foreseeable future (see also: eternity, probably).

But because Langlois used this language in what amounts to an official, public communication he is, in fact, an incompetent dick. Breathtakingly incompetent, it would seem. Here’s a screenshot of the post, as well as the text of it, because nothing from the internet ever goes away. “If anyone that I know vote for a Democrat on Tuesday you should sign yourself into the Mental Health unit at your local Hospital because you are retarded and need help, Vote Republican and ‘Keep America Great’!”

Does Denis Langlois need to be on an adult leash when he’s walking near traffic? The man in the White House notwithstanding, an incompetent dick running the show at any level of government something we shouldn’t have to tolerate.

Just in case you thought this post was a one-off mistake, it’s not. Langlois, who at this point I’m pretty sure lost his mom at Walmart, was brought crying to the help desk and then, through a series of confusing events, somehow got elected mayor of his town, initially doubled down on his comments.

From the Post-Star of Glens Falls:

In a phone interview with The Post-Star on Election Day, Langlois said he wrote the message not as the mayor but as a person, adding that “most people don’t even know I’m the mayor.” He said that if The Post-Star published something about his Facebook post that caused him to lose his position, he wouldn’t care, because “whether it’s politically correct or not, it’s what I believe, and it doesn’t matter.”

The Upstate New York town mayor eventually walked back what he called his “poor choice of words,” but said he would not resign and would still seek re-election, despite The Ruderman Family Foundation, an international organization for disability inclusion, publishing a statement calling for him to leave office.

Fort Ann resident Katelyn White also wrote a letter to the editor of The Post-Star calling on Langlois to resign.

He’s not going to though. Denis Langlois has got to keep America great. Just as soon as someone cuts his hot dog up so he can eat lunch.

This story was originally published November 27, 2018.