Former Speaker of the House Newt Gingrich took to Fox News Wednesday to defend Donald Trump and call for the trial and imprisonment of the individual who disclosed his tax returns.

“First of all, to release those taxes is a felony, and they should impanel a grand jury and find out who released it, and that person ought to go to jail,” he said, claiming the existence of a crime. (Without stealing the document themselves, and not knowing how the return was acquired, no prosecutor could claim criminal intent or liability, says the Telegraph.)

“This city is filled with people who think they can break the law as long as they’re liberals, because it’s morally right to do anything you want to hurt Donald Trump. That’s wrong […] They ought to be prosecuted as criminals, which they are.”

Gingrich closed by saying that the tax return was not only illegal but flattering to Trump, who appears to have paid an effective tax rate of 25 percent. However, without the “Alternative Minimum Tax” (AMT) liability, Trump would have owed just $5.1 million in taxes, a rate of 4 percent. That’s thanks to a carryover tax credit from declaring a nearly $1 billion loss in 1995. Trump has said he will push to end the Alternative Minimum Tax, which was conceived to keep wealthy Americans from escaping tax liability. 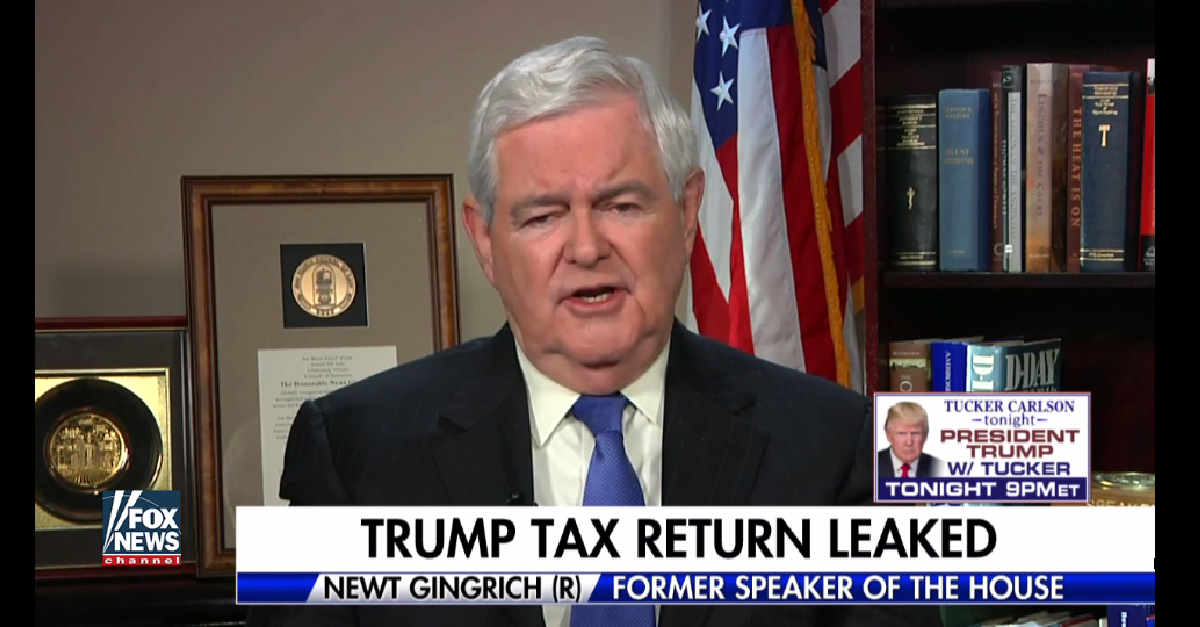