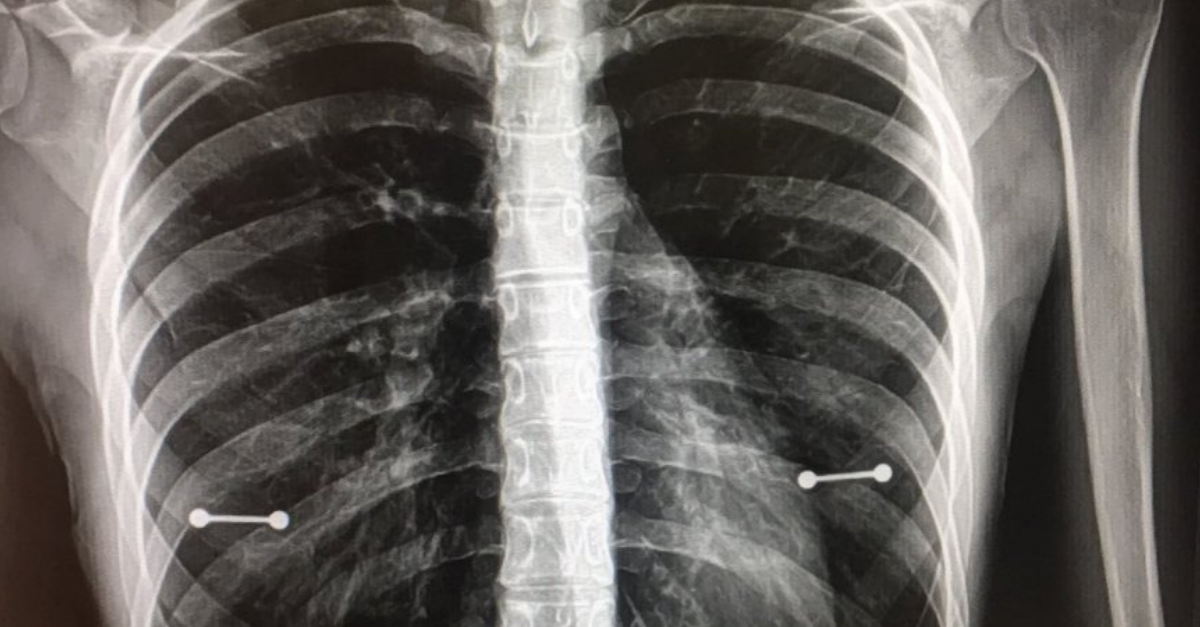 A Florida mother got quite the surprise when she found out her daughter had two studs in her. HA!… sorry. Excuse the poor but technically accurate (and irresistible) phrasing. What I mean is, a Florida mom was surprised to discover that her daughter had her nipples pierced. Why she was surprised is a mystery, though. Her daughter is a Floridian. All Floridian nipples should be considered pierced until proven otherwise.

Regardless, the mother took her daughter, Sydney Allen, 20, of Clearwater, Florida, to the doctor for a checkup. Sydney has syringomyelia, which is a rare spinal condition that can cause the build-up of spinal fluid in the spinal cord, so the doctor needed to take some x-rays to see how everything was looking. Once the x-rays came out Sydney’s spine was looking fine, but her nips were looking pierced. That’s because metal shows up in x-rays.

Sydney had gotten her nipples pierced back in June. The piercings were a birthday gift from her sister, but a gift that the girls elected to keep a secret because their mother is a bit conservative when it comes to tattoos and piercings. Sydney figured that wouldn’t be difficult because she doesn’t exactly walk around the house topless too often. The x-rays, though, she had not anticipated.

My mom found out I got my nipples pierced today pic.twitter.com/BCRE1dz68f

As soon as that x-ray came out the jig was up. Sydney’s nipple rings shone brightly and there was no hiding it. She had pierced nips. While Sydney and the doctor laughed, her mother buried what had to be a thousand screams and simply told her daughter that they would discuss the matter later.

Frankly, if you raise a kid in Florida and the worst you end up with is nipple piercings consider yourself the parent of the millennium. You live in Clearwater for Xenu’s sake. It’s a victory that your daughter is a Scientology handmaid.

Watch: ‘Shittens’: The Mittens We Never Asked For But Definitely Want Because Poop Is Gross