Menu
Follow us
Search
Menu
Search
This image made from video of an Aug. 14, 2017, still image broadcast in a news bulletin on Tuesday, Aug. 15, 2017, by North Korea's KRT shows North Korean leader Kim Jong Un receiving a briefing in Pyongyang. North Korea said leader Kim Jong Un was briefed on his military's plans to launch missiles in waters near Guam days after the Korean People's Army announced its preparing to create "enveloping fire" near the U.S. military hub in the Pacific. Independent journalists were not given access to cover the event depicted in this photo. (KRT via AP Video)

President Donald Trump has issued “a declaration of war” against North Korea, the nation’s foreign minister said on Monday.

Trump tweeted on Saturday that North Korea “won’t be around much longer” if it continues to threaten the United States. That’s enough to give North Korea “every right” to defend itself, Foreign Minister Ri Yong Ho said, “including the right to shoot down the United States strategic bombers even they’re not yet inside the airspace border of our country.”

“The question of who won’t be around much longer will be answered then,” Ri warned.

RELATED: The foul smell coming from a wealthy couple’s home led to a nanny’s burned corpse 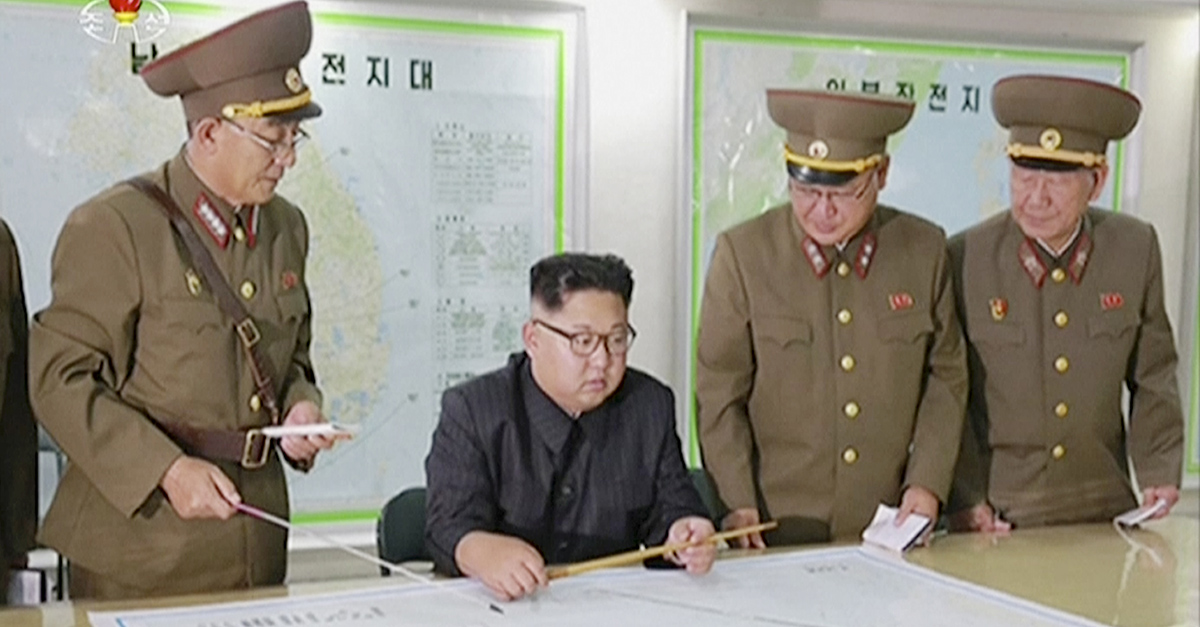