Northern California is completely transformed by wildfires in these new photos 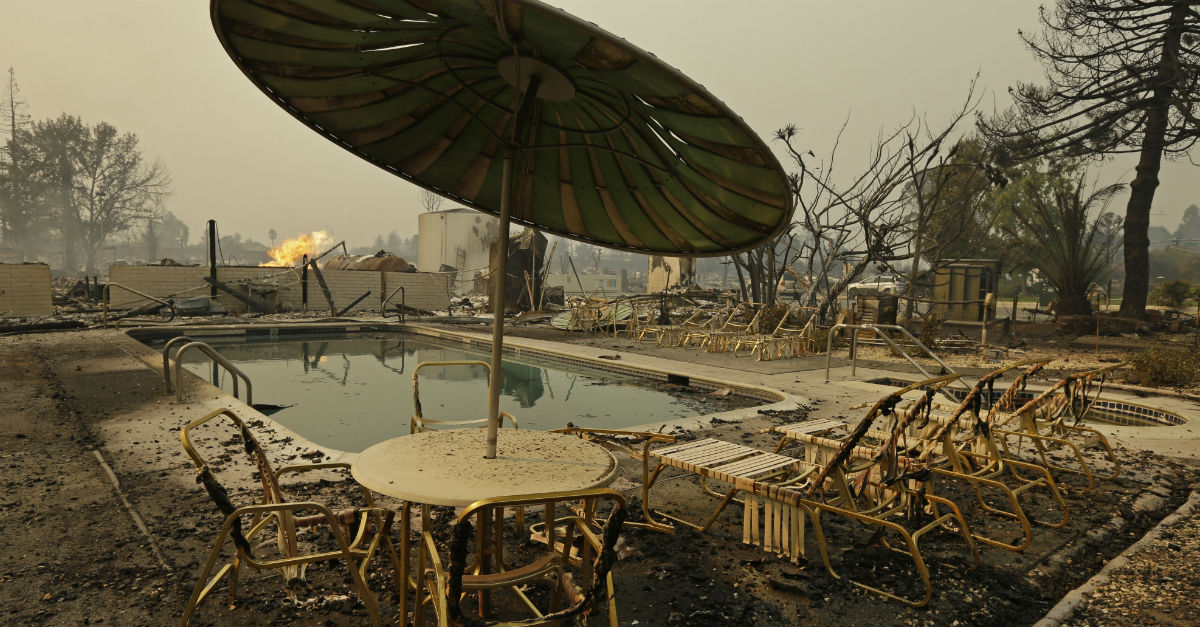 AP Photo/Ben Margot
Fire burns from an open gas valve near the pool area at the Journey's End trailer park on Monday, Oct. 9, 2017, in Santa Rosa, Calif., after a wildfire destroyed nearly all of the roughly 160 units in the park for residents over age 55. The homes next to U.S. Highway 101 at the northern end of this city of 175,000 were among those that were consumed by flames as more than a dozen fires burned statewide. (AP Photo/Ben Margot)

Suzanne Espinosa of the LA Times tweeted a series of images that showed what Northern California looked like before and after it was damaged by wildfires.

At least 13 were killed and 1,500 structures were destroyed in a series of wildfires that affected several counties, including Napa and Sonoma on Monday. About 20,000 locals were forced to evacuate as the fire barreled over 73,000 acres of land.

Authorities say that the fires have led to over 100 missing persons reports.

Napa County Fire Chief Barry Biermann said that an investigation into the cause of the development of at least three different fires was underway.

“But when we have high winds, it’s not uncommon to have trees that go down … these could bring power lines down. We have very low humidity. It doesn’t take much for anything to cause a fire,” he added.

RELATED: California wildfire devastates trailer park “in the blink of an eye”