Video Shows High School Principal Getting Beat Up By Students 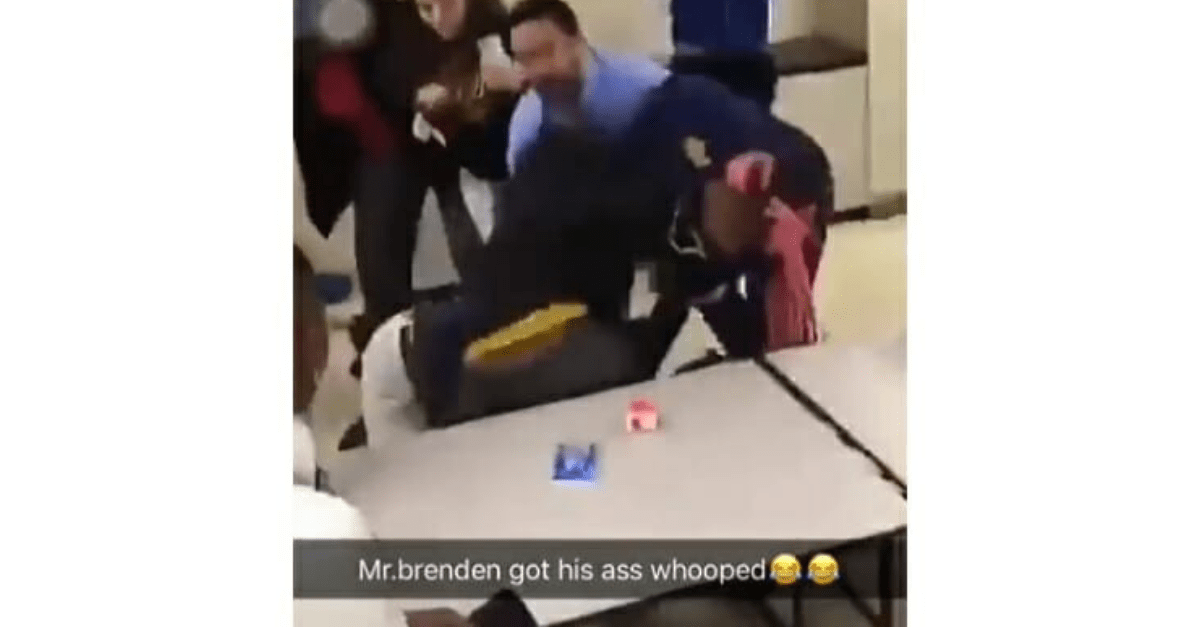 A vice principal at Oakville High School in suburban St. Louis attempted to get in between a brawl between a 15-year-old student and 16-year-old student who were trying to fight each other and de-escalate the situation, in the hope that cooler heads would prevail and that they would reconsider why they were using violence as a form of conflict resolution but instead he just got punched in the face a lot. And the video of the fight was caught in the school cafeteria of OHS. The outcome was not ideal.

Identified as Mr. Brenden of Oakville High School in a SnapChat form of classroom highlights, the vice principal was punched and then pulled to the ground, where he was kicked and beaten.

Other school administrators and the school resource officer were able to intervene and break up the altercation, and no one was injured in the incident. St. Louis County Police ended up taking the 15-year-old student and the 16-year-old student into custody. Because the Oakville students are all minors no charges will be filed but the case is being turned over to the St. Louis County Family Court. The high school students are likely going to be expelled. And I’m sure that school nurse wasn’t expecting to be treating staff members.

Not to victim blame here… but here goes. Clearly, this OHS vice principal wasn’t feared enough. A school administrator whose job is discipline and student control over educational needs must have an aura of menace about them. They need to create a school profile about some messed up stuff they did when they served in Vietnam or the War on Terror. Like, “Yo did you hear that when Mr. Brendan of Oakville High School was in Iraq he stuck a grenade in a terrorist’s mouth and then left him out the desert?” Or if they didn’t serve, let gossip circulate that in 2004 the Oakville school district made you take a year off to undergo extensive anger management treatment after an incident no one will talk about to this day.

You have to be a bear that no one wants to poke. Mr. Friendly Vice Principal gets an English textbook to the dome. Mr. Vaguely Violent Past Vice Principal is treated with deference and respect. Awe, even. Or just be outwardly nuts and aggressive. That works too. United States’ high schools aren’t prisons, sure, but maybe taking advanced placement physics is not not a prison either.