Menu
Follow us
Search
Menu
Search
TUCSON, AZ - SEPTEMBER 29: (EDITORS NOTE: Image depicts death.) Bodies of suspected undocumented immigrants lie in the morgue the Office of the Pima County Medical Examiner on September 29, 2016 in Tucson, Arizona. Hundreds of migrants die every year, most from dehydration, in the desert while crossing illegally from Mexico into the United States. Forensic anthropologists study personal effects and bodily remains in an effort to identify the bodies and reunite them with loved ones. (Photo by John Moore/Getty Images)

The coroner’s office, which covers Dayton, Ohio, and 30 surrounding counties, is now taking in an average of 10 bodies per day. Harshbarger estimates 65 percent of the dead are victims of drug overdoses. Their capacity of 42 is stretched to the limit — and as overdoses surge, the coroner’s office has had to rely on auxiliary storage for the dead at local hospitals, nursing homes and even refrigerated trucks rented overnight.

The Dayton Daily News reports that overdose deaths in Montgomery County have almost tripled since 2010, jumping from 127 deaths to 355 in 2016.

Though their morgue was remodeled in 2016 to add capacity for 12 additional bodies, it’s not enough. Darkly, Harshbarger says the facility anticipated increased demand, spurring the renovation. They now have no more room to build storage in the building — and if bodies keep accumulating, he says they’ll have to ask for a new building.

He told the Dayton Daily News they were “at a critical point,” and if mortality trends continue, “[they’ll] have to investigate a new physical structure. That’s a big ask.” 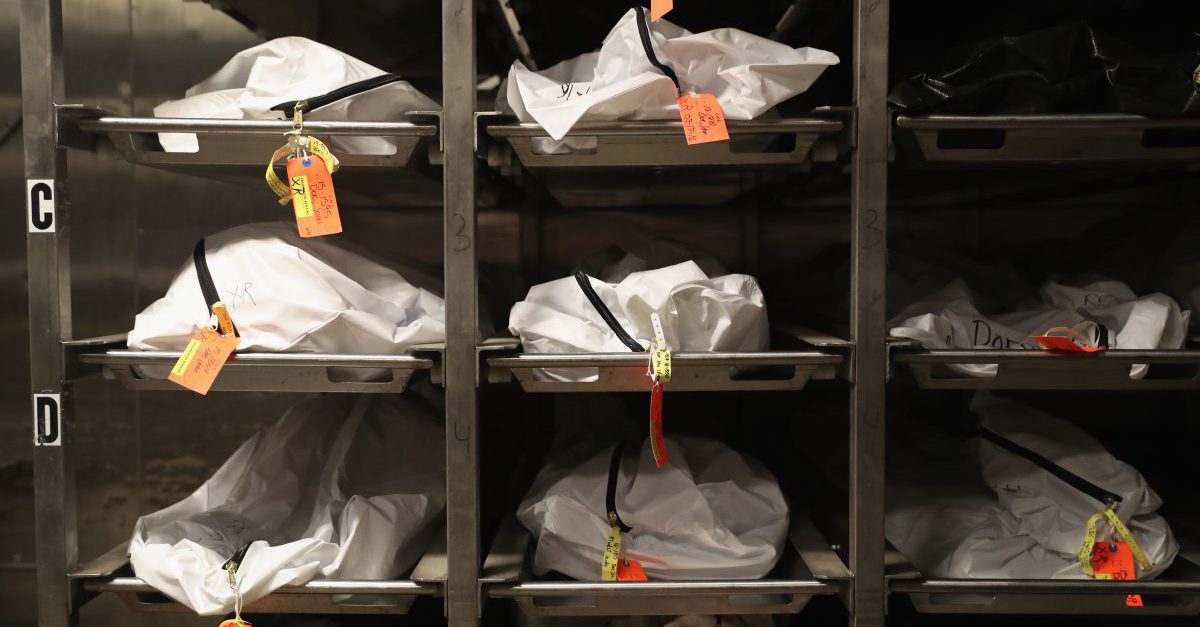