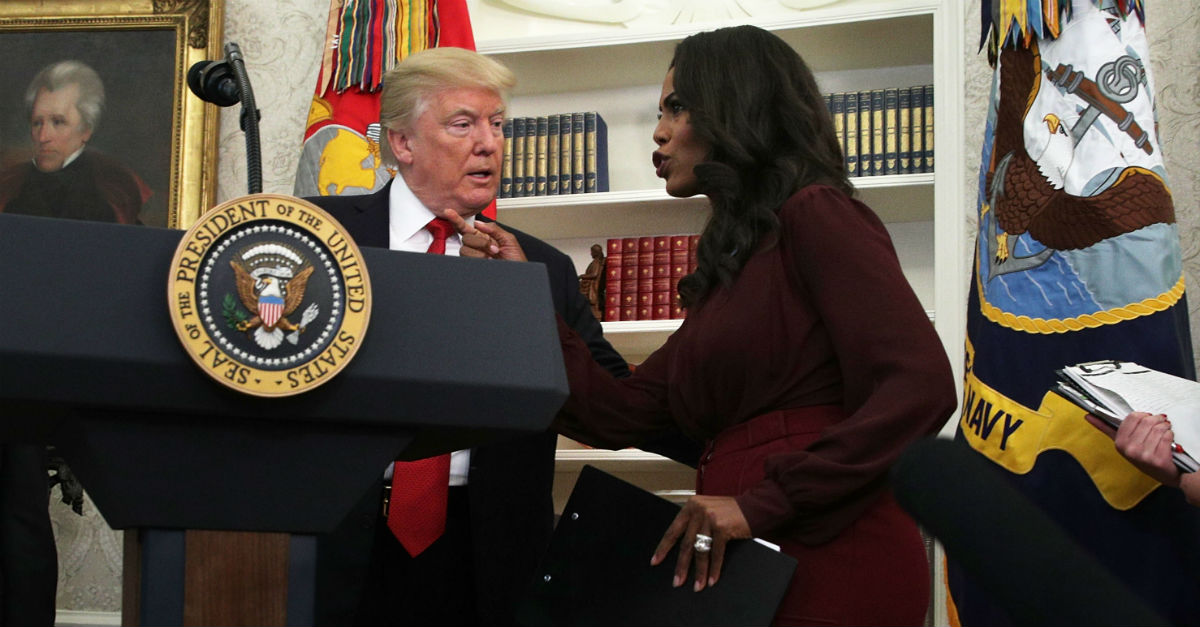 Omarosa Manigault Newman is leaving the White House next month.

It was announced on Wednesday that Manigault Newman, who served in the White House in the Office of Public Liaison, was moving on from her role in the administration.

According to White House Press Secretary Sarah Huckabee Sanders, Manigault Newman resigned earlier in the week to “pursue other opportunities.” She is officially set to leave on Jan. 20, 2018, almost exactly a year after President Trump’s inauguration.

From Sarah Sanders: “Omarosa Manigault Newman resigned yesterday to pursue other opportunities. Her departure will not be effective until January 20, 2018. We wish her the best in future endeavors and are grateful for her service.”

While Manigault Newman resigned from her position this time, a few people couldn’t help but notice similarities between Wednesday’s news and events that occurred in the early 2000s.

When it was initially announced that Trump hired Manigault Newman, many remembered that Trump had fired her twice before on his popular show, “The Apprentice.”

As Manigault Newman departs from Trump for what will be the third time, Twitter users made jokes about the perceived déjà vu.

This is not the first firing for Omarosa from Trump!

Someone’s character got written off the show https://t.co/5S7kNYA1WI

Others struggled to recall what her role was in the White House.

When asked by KDKA political editor Jon Delano if she had forgiven Trump for firing her prior to her accepting a role in his administration, Manigault Newman replied, “Let me tell you something. Losing is winning for me.”

And for those who don’t know what Manigault Newman’s role was in the White House,

I get that question often, but my responsibility is truly to be the liaison between the White House and communities that want to work with this administration, who have policies, who have programs, who want to be part of the change that we want to see in this country and so they knock on my door.

RELATED: Elizabeth Warren lashes out at President Trump and questions if he was trying to ?slut-shame? her colleague