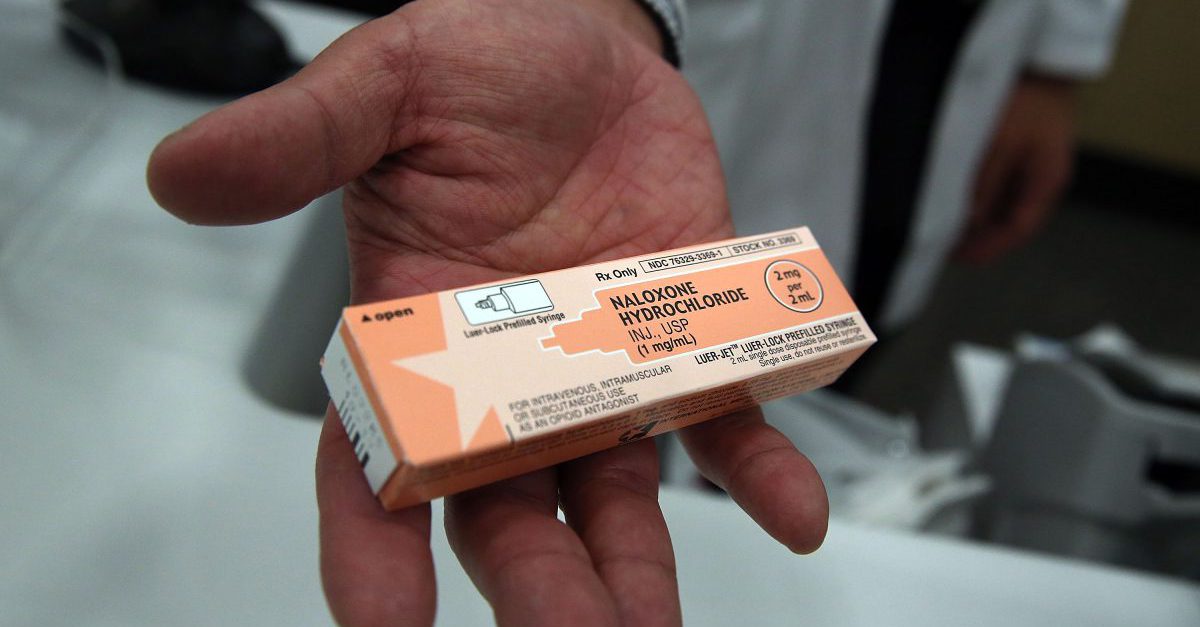 Spencer Platt/Getty Images
NEW YORK, NY - FEBRUARY 02: A pharmacist at a Walgreens store holds a box of the overdose antidote Naloxone Hydrochloride on February 2, 2016 in New York City. Hundreds of Duane Reade and Walgreen Co. pharmacies will begin giving out the heroin antidote without a prescription across New York state as the heroin epidemic continues to spread. Naloxone, more commonly known by the brand name Narcan, can temporarily block the effects of heroin, OxyContin and other painkillers. It is estimated that one person dies every day in New York from a drug overdose. (Photo by Spencer Platt/Getty Images)

The most recent numbers available show no signs of slowing down for the U.S. opioid epidemic, with emergency room visits increasing through 2017 in most states, especially in the Midwest, and across all age groups, according to Centers for Disease Control and Prevention (CDC) data.

From July 2016 through September 2017, opioid overdoses increased by an average of 70 percent in Midwestern states and 54 percent in large cities across 16 states, the new data shows, published in CDC’s monthly VitalSigns report. The agency saw a ?large and steady increase? of 54 percent in large, urban areas, though even the most rural parts of the country saw a 21 percent jump in opioid-related emergencies.

A handful of states ? New Hampshire, Massachusetts, Rhode Island, Kentucky and West Virginia ? saw a decrease in overdoses that brought patients to the emergency room. But Delaware, Illinois, Pennsylvania and Wisconsin all saw increases of 50 percent or more in opioid overdose emergency visits.

?People who have had an overdose are more likely to have another, so being seen in the ED [emergency department] is an opportunity for action,? the CDC report said.

Medication-assisted treatment, combined with counseling and behavioral therapies, should be on offer once an emergency situation has been remedied, the CDC said, even starting the discussion immediately after naloxone takes effect.

But treating an emergency does not solve the deep, underlying problems of opioid use disorder, according to experts.

Naloxone can reverse the effects of opioid overdoses and save lives in emergency situations if administered in time, but ?it?s a tourniquet,? said Dr. Jay Butler, chief medical officer and director of public health at the Alaska Department of Health and Social Services.

?You save someone?s life with it, but you get them into care,? Butler said. ?It saves a life, but it is not a long-term repair.?

RELATED: Baby Steps — the littlest victims of the opioid crisis