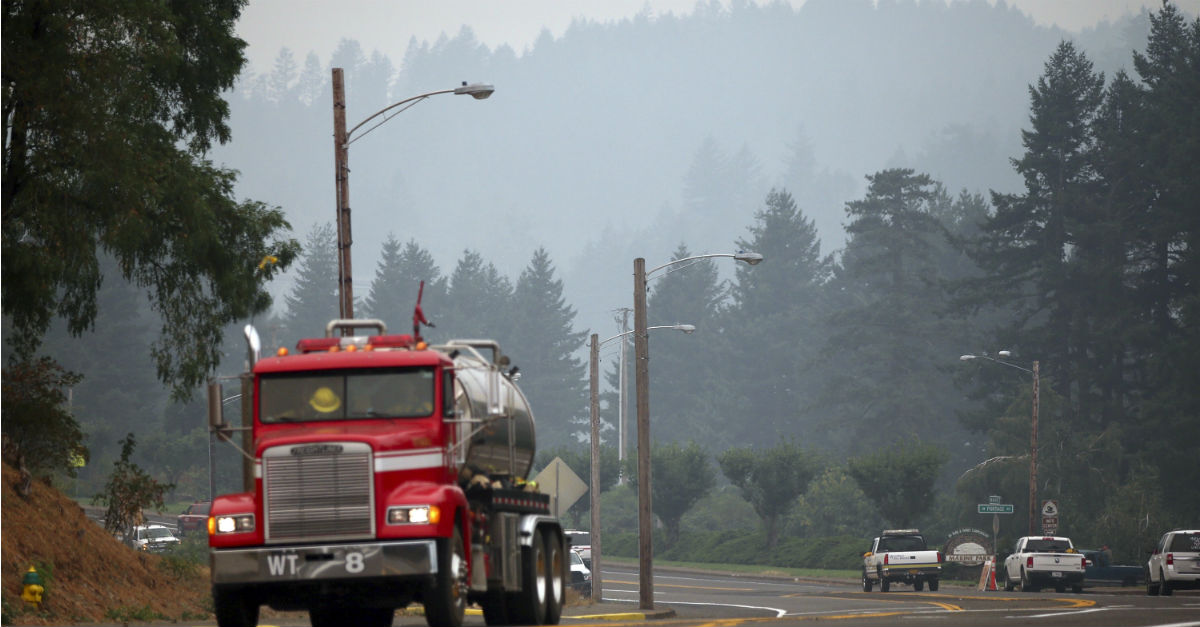 Thousands of dollars in equipment was stolen overnight after Oregon firefighters staged two fire trucks in preparation to battle wildfires.

The Lane County Task Force prepared to fight the Chetco Bar Fire, the largest fire the state has ever seen. Coburg Fire Chief Chad Minter said that the equipment was stolen while firefighters from five different locations slept in preparation for their morning briefing. The equipment was discovered missing around 4:30 a.m., an hour before the meeting.

RELATED: Ash from western wildfires is so bad, it’s being compared to an infamous volcanic eruption

The missing equipment included “an oxygen tank, a firefighter’s bag, a flat-headed axe and a firefighter jacket.”

Minter, who is also the chief of the Lane County Fire Defense Board, said that some firefighters drove over 230 miles to help fight the fire.

An arrest has not yet been made.