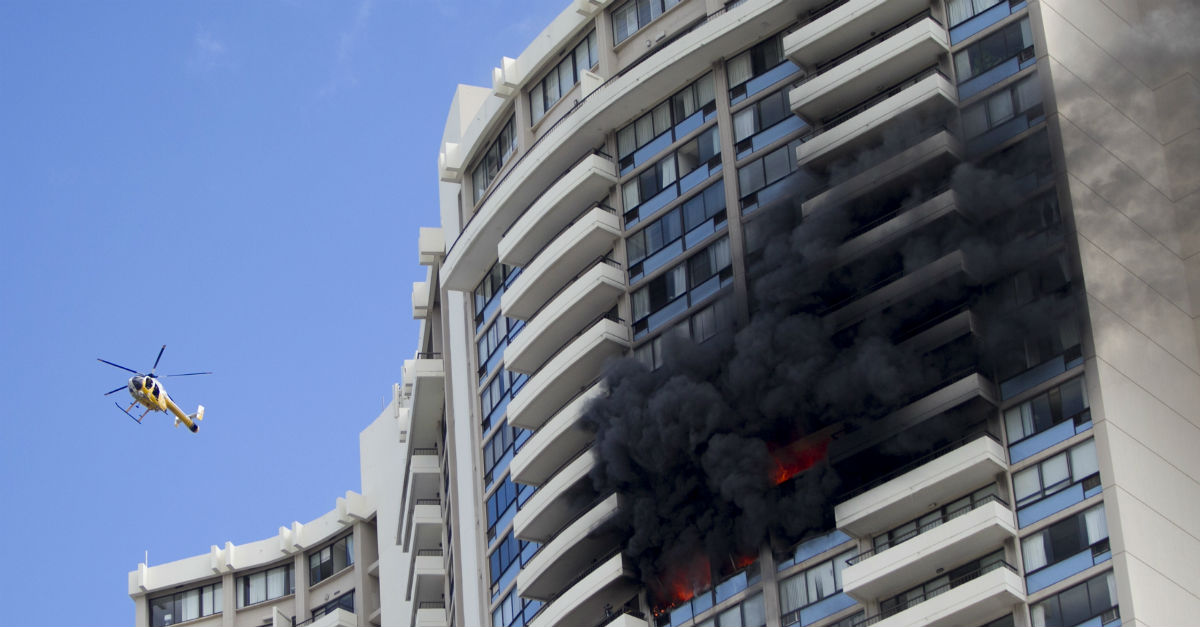 Three people are dead in Honolulu, Hawaii, after an apartment with no sprinklers caught fire. The fire began Friday afternoon on the 26th floor, and among those dead are a mother and son.

Five people, including a firefighter, were rushed to the hospital, and according to CNN, about 100 firefighters joined in to fight the blaze. It took almost five hours to get the flames under control.

There were no sprinklers in the apartment building, and Honolulu’s fire chief stated, “Without a doubt, if there was sprinklers in this apartment, the fire would be contained to the unit of origin.”

In a press conference, covered by KHON, the chief stated that they fought the fire “floor-by-floor.” There are 36 floors and 568 units in the building. Buildings erected before 1974 aren’t required to have sprinkler systems, and the high rise was built in 1971.

One woman recalled seeing a fellow resident in the hallway, “This lady?s voice, I?m not kidding you. I?m trembling. She?s like help me, help me, and I couldn?t see her because the smoke was so dark.” Emergency officials said that they are not evacuating everyone from the building, only those in hot zones near the fire where they may still be in danger. They encouraged people to stay with relatives.