Passengers on a Southwest Airlines plane were in for a different kind of flight Saturday morning. Heading to Orlando from New Orleans, they heard a blast as an engine blew at 30,700 feet.

Around 9:20 a.m., part of the engine “fell apart” while the flight carried 99 passengers and five crew members over the Gulf of Mexico. The pilots regained control of the plane and landed the aircraft in Pensecola around 9:40.

RELATED: After tasing a man, police pepper sprayed his 84-year-old mother — here’s what we know

Tami Richards and her family were making their way to Disney. “It was just a big explosion. There was some smoke and then nothing,” she said. “I saw parts flapping in the wind, because it was right outside my window.” Richards was traveling with her husband and three children; a 5-year-old, a 7-year-old and a baby. “I held my kids, and one was freaking out, crying. And so, we’re trying to hold his hand and singing and praying a lot.”

Today, the Captain of Flight #3472 from New Orleans to Orlando made the decision to divert to Pensacola due to a mechanical issue with the number one engine.  The flight landed safely without incident at Pensacola International Airport at 9:40 a.m. central time.  Initial reports indicate there were no injuries among the 99 passengers and five crew members on board.  We have notified the NTSB, and when authorized, we will be inspecting the aircraft to assess the damage.  The aircraft is out of service, and we will work to accommodate the passengers to Orlando or their final destination as soon as possible.

RELATED: Two hours after police went to his home, a human head was found in his freezer

Several reacted to the crash with absolute shock:

Ok so this happen 2day on my friends flight from New Orleans to Orlando!!! @SouthwestAir I'm terrified now! pic.twitter.com/br07jv7lKi 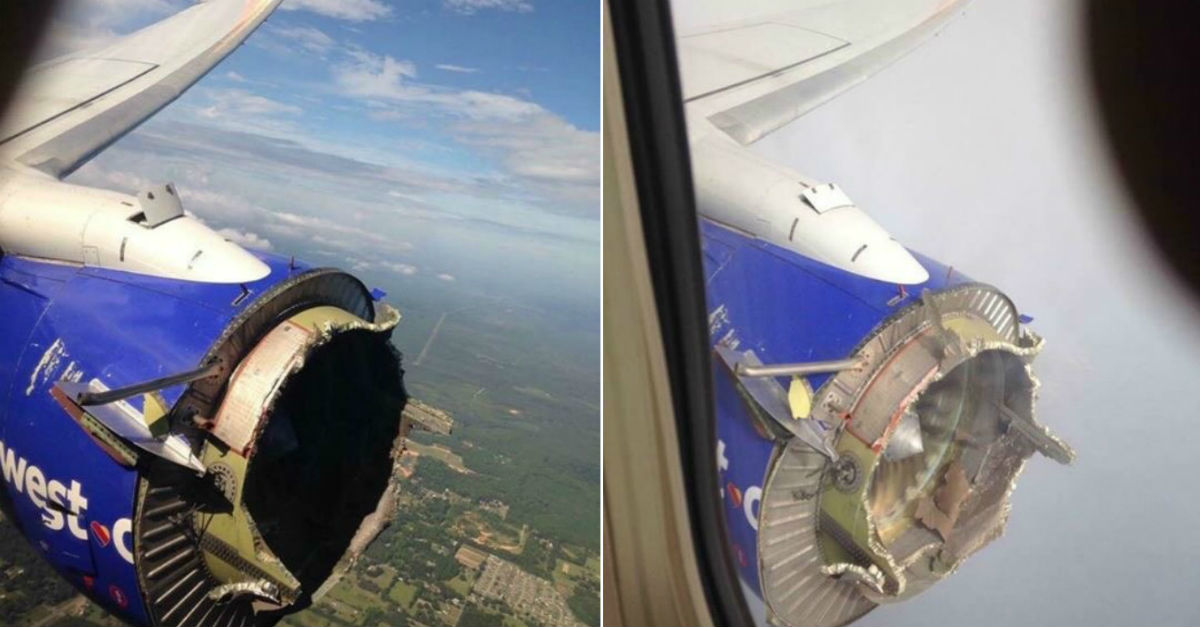