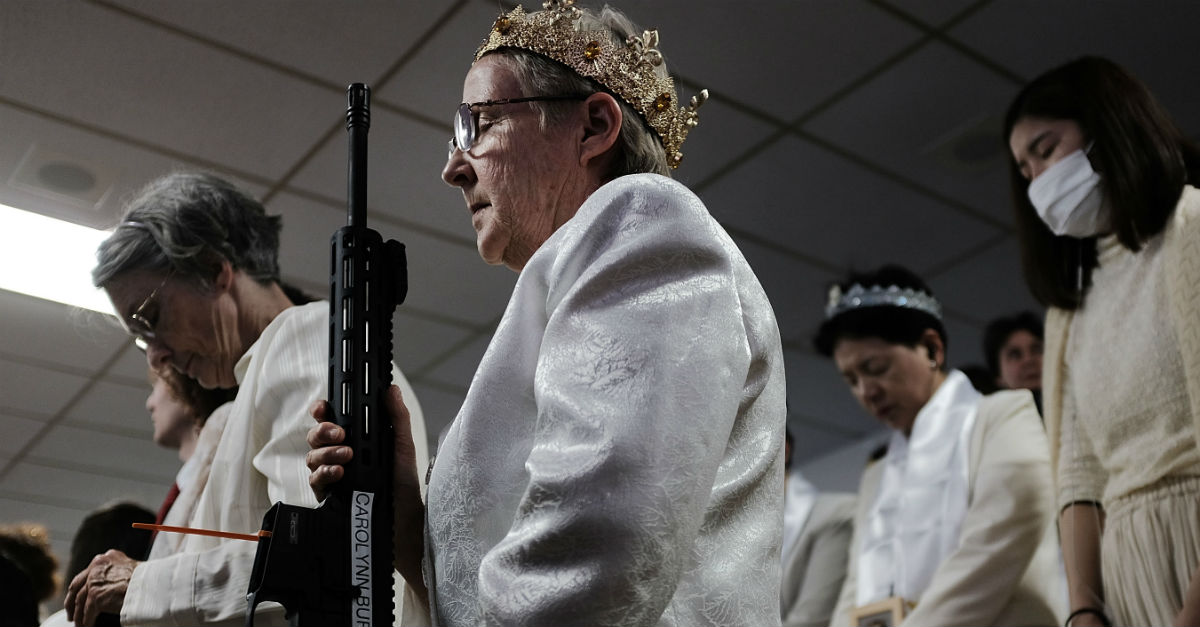 A group of Pennsylvania church-goers had quite the service last week when the worshippers brought in their AR-15s to be blessed and renewed their wedding vows.

The members of the Newfoundland, Pennsylvania church believe that the AR-15 is a symbol of “the rod of iron” from the book of Revelation, according to local paper, The Citizen’s Voice. The church, World Peace and Unification Sanctuary, has followers all over the world and couples were encouraged to bring their high-powered rifles to the ceremony.

Dozens of US couples don crowns and cradle guns at a controversial ceremony in a Pennsylvania church, forcing a nearby school to close and angering protesters pic.twitter.com/Yg2oHpPWi3

At the ceremony, the weapons were safely secured with zip ties and unloaded before the procession began. Church leader Tim Elder told The Citizen’s Voice “today’s ceremony is a marriage blessing for couples having asked to attend with crowns and AR-15 rifles as religious accroutrements. It is not a blessing of inanimate firearms.”

AR-15s have become a hot topic after the school shooter in Parkland, Florida used a variation of the weapons when he killed 17 people on Valentine’s Day. The church says that their event was scheduled well before the shooting.

RELATED: Brooklyn woman accused of poisoning her lookalike with cheesecake to steal her identity

The church holds some far-right beliefs, including opposition to “alternative lifestyles” and the church’s founder calls himself the “true father” and the church pushes for its parishioners to arm themselves.