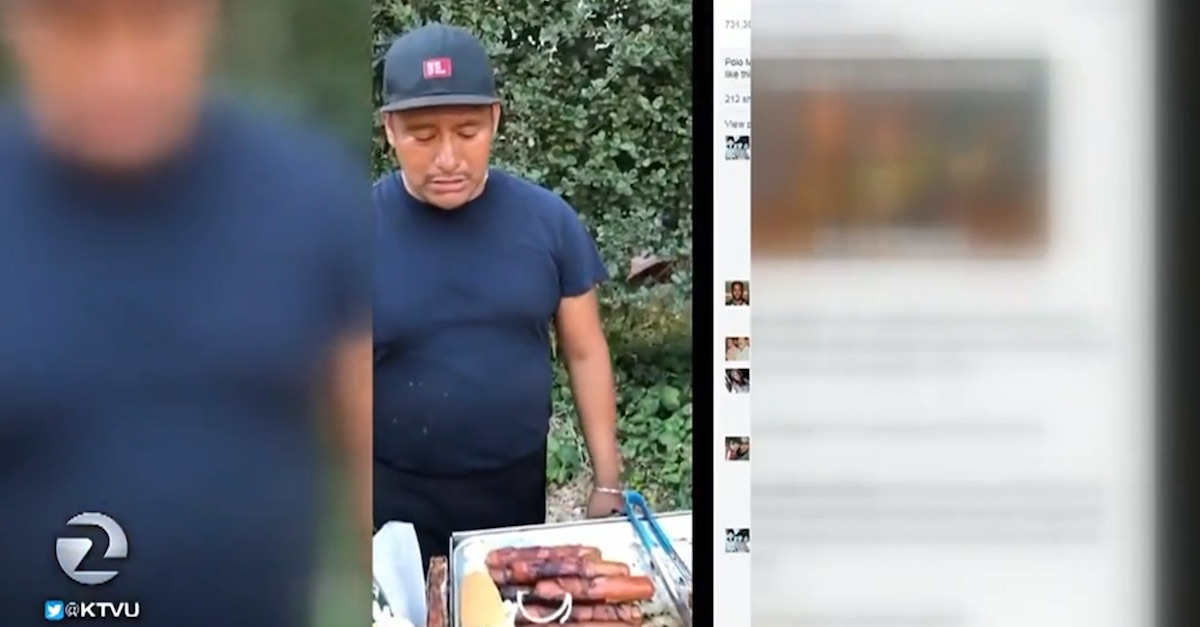 UC Berkeley has a controversy on its hands after video of one of its campus police officers busting a hot dog vendor who did not have a permit to sell and confiscating money as evidence went viral.

RELATED: The cop who arrested a nurse for not cooperating could answer to the FBI

It happened Saturday outside of the college football game between the Cal Golden Bears and Weber State Wildcats. The school said on Monday that it will investigate Officer Sean Aranas’ decision to bust the vendor as seen in the video below.

UC Berkeley Police 👮🏼 y'all some punk ass bitches a ticket is understandable but to take his money away fuck the police pic.twitter.com/B8j2UcvREG

The video was filmed by Martin Flores, a school alum, who was trying to buy a hot dog.

?You?re going to take his hard-earned money? That’s not right,? Flores can be heard saying in the video. Aranas replied that the vendor in question did not have a permit to sell and that the $60 seized was taken as evidence.

“We?re going to take it to the judge, and the judge can decide if it?s right,” Aranas said. “This is law and order in action.”

Not only has Flores gone public about the incident, he’s also started a GoFundMe page for the vendor, identified there as Juan and “Beto” in other places. Remarkably, more than $50,000 has been raised.

According to NBC Dallas-Fort Worth, Juan (“Beto”) holds a regular job in construction and was going this for extra cash.

“People saw I wasn?t doing anything wrong,” he said in an interview with Telemundo. “I wasn?t stealing or drinking. I was just working to sustain my family.”

Campus police detained three others for vending without a license on the same day. While some say Aranas was just doing his job, others say he should be fired.

RELATED: Bodycam footage suggests the cop who violently arrested a nurse had orders to back down