People smashed their heads into the snow made a familiar face. Do you recognize him? 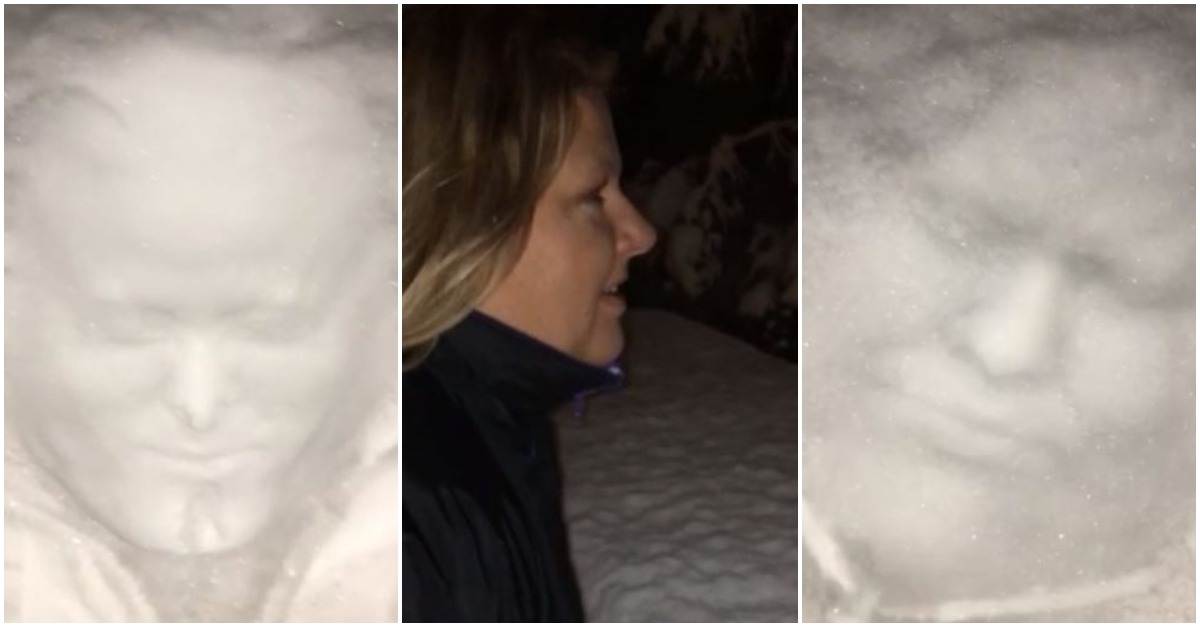 ‘Tis the season for hot chocolate, Christmas trees and apparently Donald Trump’s face? At least, that’s what a few Georgia natives decided to try out when they plunged their faces into the snow.

In a video, a few women went outside and made “face angels” by throwing their faces into the fresh snow. The clip is filled with a whole lot of laughing and nervous jousting. One woman explained “Although no one wanted to do it, I said I would go first. That’s when we realized what an amazing face imprint it made. Obviously, everyone else wanted to join in.”

Georgia was among the part of the south that found themselves blessed with an early season snowfall in a bizarre act of mother nature that blanketed parts of Texas before some of the northern states saw a single flake.