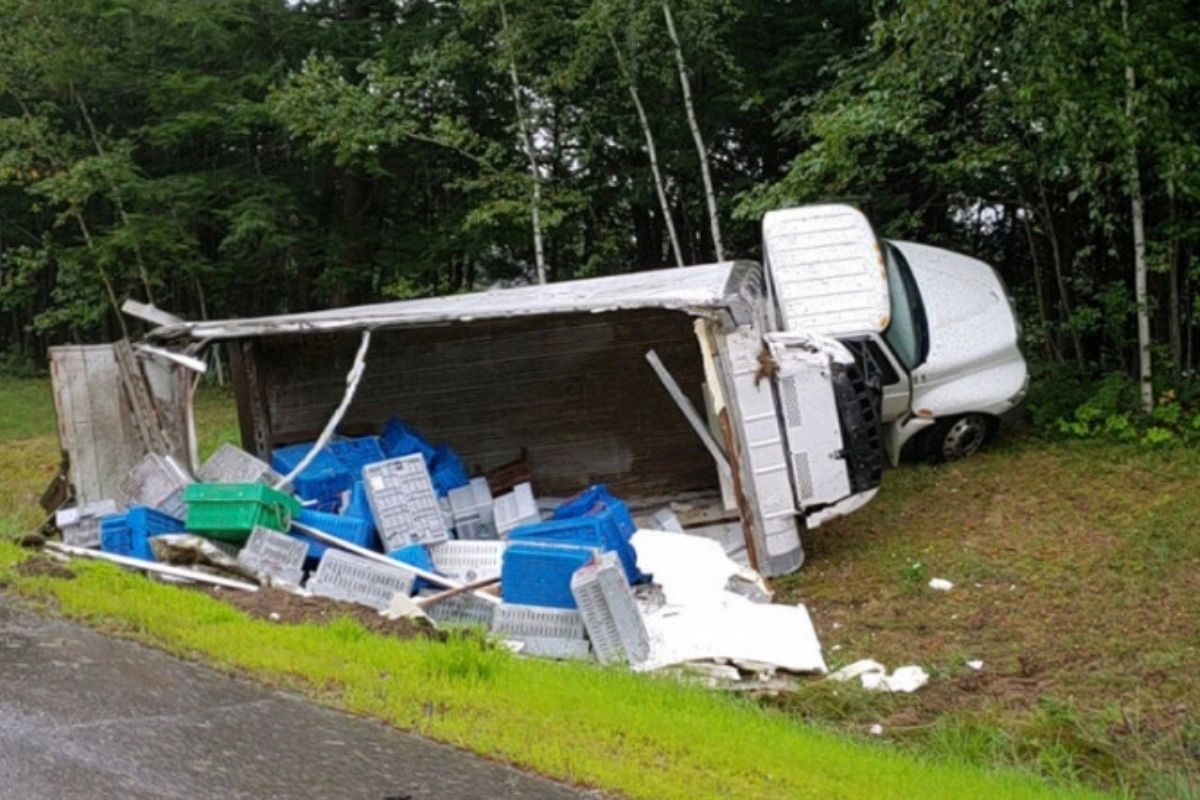 It looks like PETA does fight for all animals, whether on land or sea, after the organization reportedly asked Maine officials to place a tombstone along Route 1 in Brunswick, in memory of the thousands of lobsters killed in a truck crash on August 22. The Brunswick Police department stated the truck was carrying over 4,500 lobsters, and it rolled over onto the side of the road. Police stated the truck likely hydroplaned, sending it rolling down an embankment and ripping the truck body apart, sending the boxes of lobsters flying. Luckily, the driver had minor injuries.

People for the Ethical Treatment of Animals are asking the state for permission to place a 5-foot-tall granite tombstone at the site of the crash. According to ABC News, PETA made the request in a letter sent to the Maine Department of Transportation. A spokeswoman for PETA, Amber Canavan, told the network the tombstone wouldn’t be allowed at that particular section of the road, so they wrote the letter back asking what nearby place they could build it on. PETA believes the grave would remind everyone that the best way to prevent such tragedies is to turn vegan. A mockup gravestone was created, with the words, “In Memory of the Lobsters Who Suffered and Died at This Spot.”

The Main Department of Transportation did deny the request due to the location of the accident being in a “controlled-access highway”. Maine state law states temporary signs cannot be larger than 4 by 8 feet and could be in public for up to 12 weeks. Despite their denied request, PETA stated they still plan to continue their efforts to erect a monument in the lobster’s honor after more than 7,000 pounds of live lobsters were destroyed.

The gravestone attempt is the latest activism effort from PETA to make national headlines. This past week the group funded a billboard showing a picture of a crab with the words, “I’m me, not meat. See the individual. Go vegan.” A few days earlier, the group succeeded in its efforts to change the packaging of Barnum’s Animal crackers, removing the cages that held the exotic animals pictured on the packaging.

Editors Note: This article was originally published on September 4, 2018.