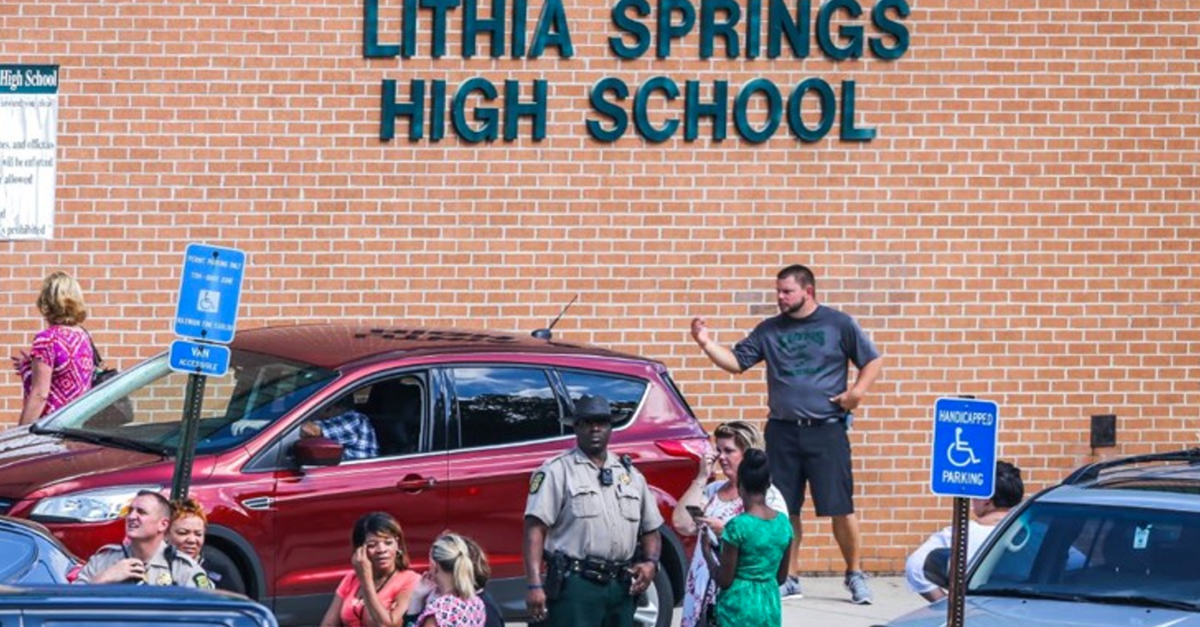 A Georgia high school teacher has been rushed to the hospital after shooting himself inside his classroom. The unnamed teacher reportedly went to Lithia Springs High School in Lithia Springs, Ga., on Thursday morning and shot himself.

RELATED: A 40-year-old gym teacher has finally been arrested for allegedly molesting a student in 2013

Hundreds of students were already on campus when the incident occurred. After the gunshot, a fellow teacher called 911.

?We only believe that two people, initially, were involved in this: himself and the other teacher who called for his aid,? Sgt. Jesse Hambrick said in a press conference.

The teacher’s name, area of expertise and condition were not immediately available. He is currently at an undisclosed hospital.