Authorities are wondering why a 13-year-old middle school student in Virginia Beach, Va., had bomb making materials in a school locker.

The TV station reported that investigators do not believe the boy had “any malicious intent for the explosives or intended to harm anyone.” The boy who was arrested was described by fellow students as an honors student who is “really, really smart,” and was always building things.

RELATED: A photo of a gun sparked a “social media threat” and an Ohio student who liked it faced the consequences

On top of the felony charges, the boy could also face expulsion from school.

“A few [students] are scared and a few are kind of just laughing it off like it’s nothing,” student Will Dresden told WVEC-TV.

School principal John Parkman sent out an alert after the arrest to notify parents about the situation, according to WTKR. Parkman also reminded parents that students aren’t allowed to bring hazardous materials of any kind into the school and to remind students to speak up if they see anything.

A school teacher had become aware of the possibility of explosives in the locker room and reported it to a school resource officer. The school then notified the Virginia Beach police department and fire department. 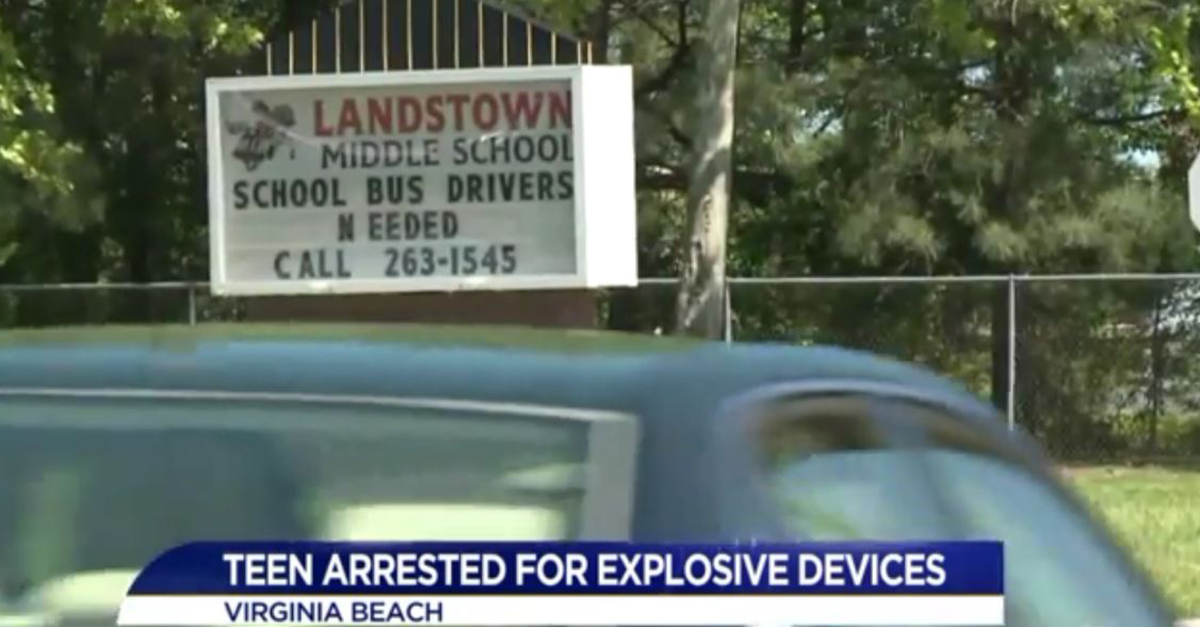