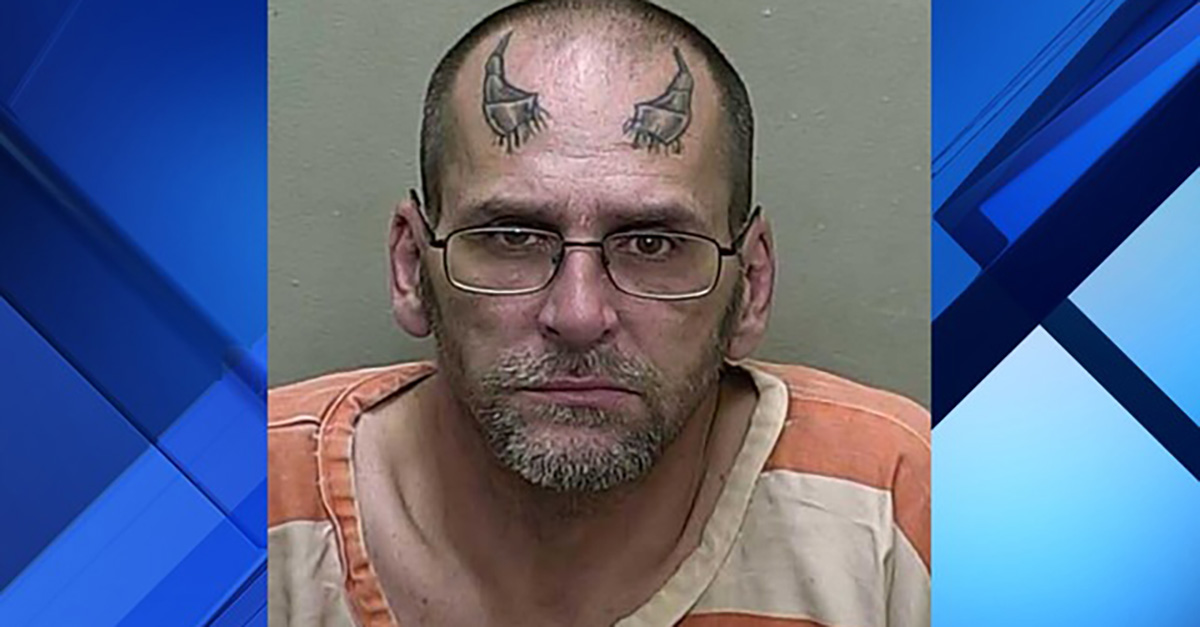 Florida police picked up a strangely symbolic suspect when they pulled over a man with devil horns tattooed on his forehead.

Officers arrested 48-year-old Jamie Knight after they found marijuana and brass knuckles in his pockets, according to the Marion County Sheriff’s Department, News 6 reported.

The man admitted that the drugs belonged to him, and he tested positive for THC in a field test, according to the police arrest report.

Authorities don’t know for what purpose, if any, Knight might have planned to use the pair of silver brass knuckles police said they found. Knight reportedly told officers he carried the weapon for personal protection.

Knight was arrested on suspicion of marijuana possession of less than 20 grams and carrying a concealed weapon unlicensed, according to News 6.