Police arrested her daughter for underage drinking — and she wrote them a thank you note! 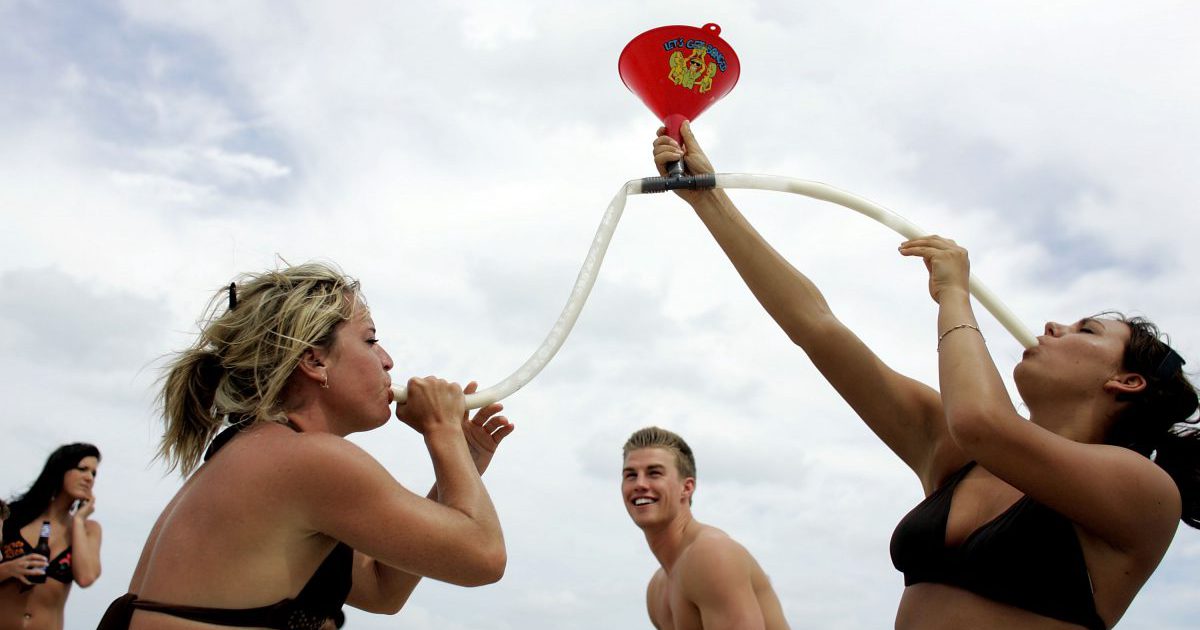 Joe Raedle/Getty Images
MIAMI BEACH- MARCH 14: Megan Jump (L) and Jenna Haring ,on spring break from Ball State University, use a funnel to drink beer March 14, 2007 on South Beach in Miami Beach, Florida. Students from universities and colleges around the country are attending spring break which ranges from the end of February to mid-April. (Photo by Joe Raedle/Getty Images)

It’s hard to be a parent when your child gets arrested. And not everyone takes it well.

Thankfully, that’s not what this story is about.

The Walton County Sheriff’s Office posted a photo of a letter they received last week on Facebook, where it’s gone viral. In the note, a mother thanks the department for arresting her daughter for underage drinking on March 16, or thereabout.

The note seems to have stemmed from a bit of parental advice gone unheeded.

“Yesterday, my daughter was one of the thousands of spoiled spring breakers ‘living it up’ on the beach. She got arrested for underage drinking. She was holding a can of beer on the beach. A stupid move that I warned her about before she left, but I’m just her mother, so ‘in one ear and out the other,'” the mother wrote.

She said the arrest taught her daughter a lesson, and she thanked the officers for their professionalism.

“The arrest scared the HELL out of her and I’m hoping she learned her lesson. The reason that I am sending this is that every officer that I talked to or that I could hear in the back ground talking to her was so nice! Firm, but nice.“