Police chief explains why it is imperative that people never touch heroin, even if they’re trying to help someone 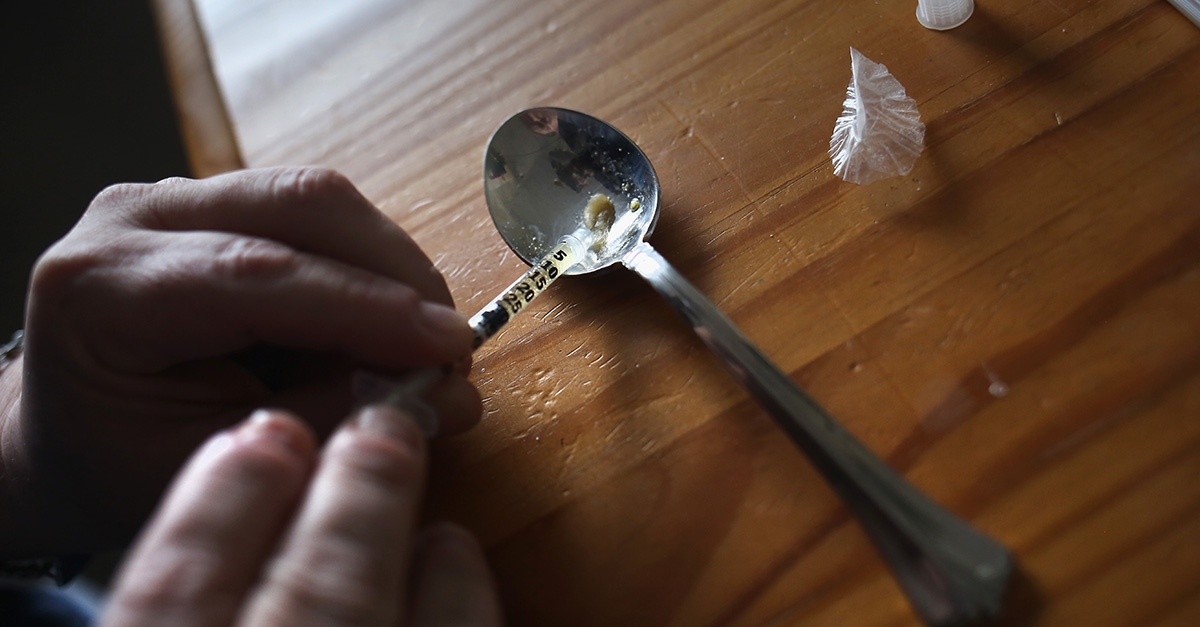 Photo by John Moore/Getty Images
NEW LONDON, CT - MARCH 23: A heroin user prepares to inject himself on March 23, 2016 in New London, CT. Communities nationwide are struggling with the unprecidented heroin and opioid pain pill epidemic. On March 15, the U.S. Centers for Disease Control (CDC), announced guidelines for doctors to reduce the amount of opioid painkillers prescribed nationwide, in an effort to curb the epidemic. The CDC estimates that most new heroin addicts first became hooked on prescription pain medication before graduating to heroin, which is stronger and cheaper. (Photo by John Moore/Getty Images)

This wasn’t the intent when an Ohio police chief left his business card for a resident. The officer discovered that a woman later used the rolled-up card to snort heroin.

RELATED: A brawl broke out at a high school graduation, and a pregnant woman was beaten bloody

Canal Fulton Police Chief Douglas Swartz shared the story on Facebook with a plea for people to call emergency responders if they come across drugs rather than touch potentially dangerous substances themselves.

Swartz says someone found the woman passed out on Sunday and brought her to the police station seeking help, along with spilled powder that the well-intentioned observer had scooped up with his bare hands.

Swartz says touching drugs is a bad idea, because with some drugs, particularly the opioid fentanyl, even minimal exposure can be deadly.

He says the woman must seek drug treatment and will face charges if she doesn’t.