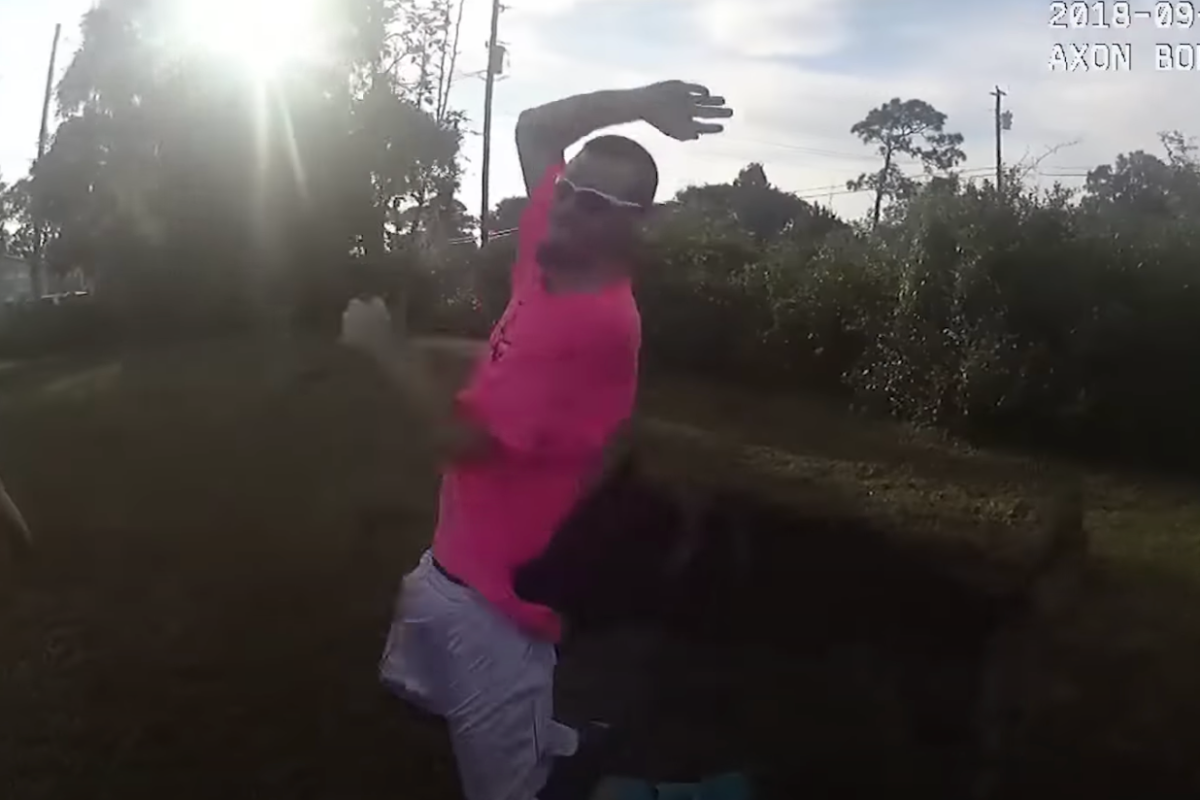 Two suspects were being pursued by a Pasco County Sheriff’s Deputy in Pasco County, Florida for driving an allegedly stolen vehicle when they decided to ditch the car and flee on foot. That turned out to be a poor decision for one of the suspects in particular as Deputy Nick Carmack, the officer in pursuit, was rolling with his K9 partner Shep, and Shep wanted some.

In the bodycam footage released by the Pasco County Sheriff’s Office, Carmack can be seen getting out of the car and releasing Shep. The dog then sprints toward the suspects and hops a fence before subduing one of them by, literally, taking a bite out of his ass.

This seems so much worse than being tasered. Shep’s jaw is locked onto this now screaming perp’s cheek and he has no intention of letting go. And Shep looks like he’s having a great time, by the way. The big bad criminal man pretty much immediately turned into a whining, frightened boy as soon as the angry but well-trained beast got to him and started clamping down. An understandable reaction. Pretty much every use of force available except the officer firing his pistol would be preferable to this.

You almost start to feel bad for the perp until you remember that he’s Florida trash in gym shorts and a bright pink t-shirt who was stealing cars. Oh, and also, apparently there was an infant in the back seat, and the two suspects left the baby there when they tried to run away from the cops. This guy deserves multiple dog maulings, it turns out.

Police later apprehended the other suspect, and both are being charged with grand theft auto, fleeing to elude criminal mischief, and child neglect. Shep, meanwhile, is being rewarded with treats and belly rubs for being a good doggo. (We hope.)

This article was originally published September 6, 2018.

Watch: Everything You Need to Know About German Shepherds