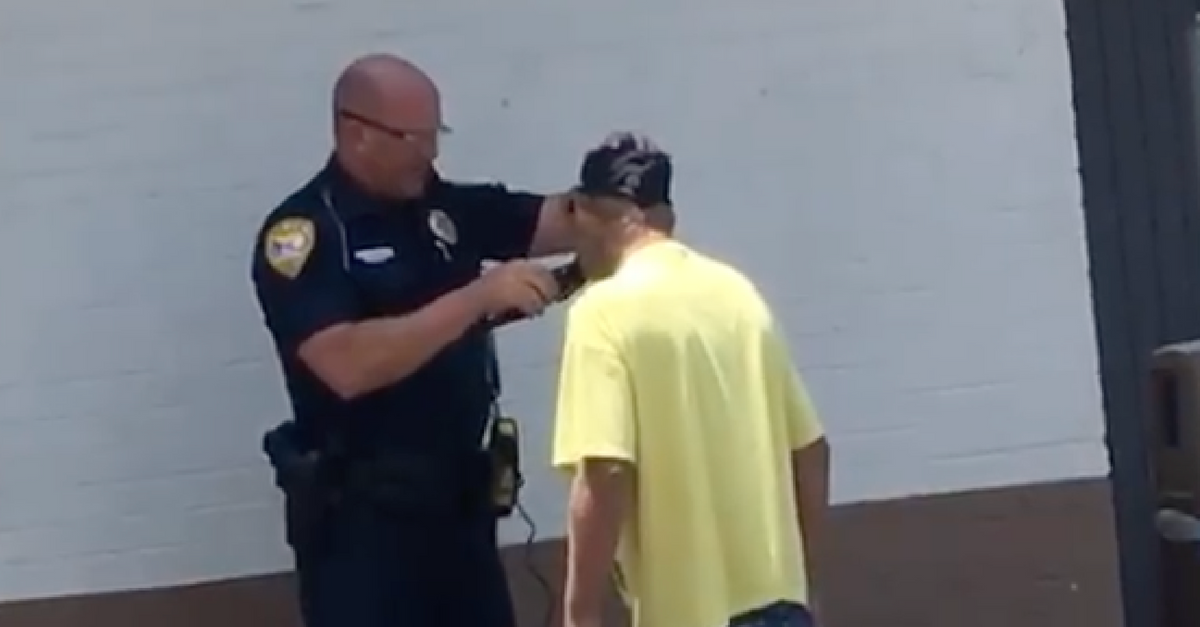 A homeless man in Tallahassee, Florida applied for a job at McDonald’s and was told he could work there so long as he was able to clean up and shave his beard. The homeless man, named Phil, quickly set about to clean himself and procure a razor, not only to shave his beard but to keep himself cleanly shaven. Phil scraped together some money and bought himself an electric razor, secondhand. The razor, it turned out, was broken. Nonetheless, outside the McDonald’s he was told he could work at, Phil stood and attempted to shave his beard — with a broken razor, no shaving cream, and no mirror — determined to get the job.

At that same time, Tallahassee Police Officer Tony Carlson happened to be at the McDonald’s. He’d met Phil before, and the two were familiar with each other. Phil looked over and asked Officer Carlson if he knew how to fix a razor. According to Officer Carlson, for whatever reason, instead of shrugging and saying no, he became interested and walked over to Phil. While Officer Carlson was tightening a loose screw on the razor Phil explained what he was doing and why he had the razor.

Seeing that this guy was trying to better himself, Officer Carlson told Phil he’d help him shave so he could get the job. So that’s exactly what he did.

Officer Carlson tells the story himself in this video posted to the Tallahassee Police Department’s Facebook page.

Thanks to the helping hand from Officer Carlson, a clean-shaven and confident Phil went into McDonald’s and got the job. Though, as Officer Carlson tells it, what he did was no big deal. Rather, that sort of thing happens all the time and it was just pure coincidence that this particular instance was caught on film. Either way, keep it up officer.

This story was originally published February 4, 2019.

Read More: Mom?s Video Imitating Her Kid Playing Fortnite is a Must Watch