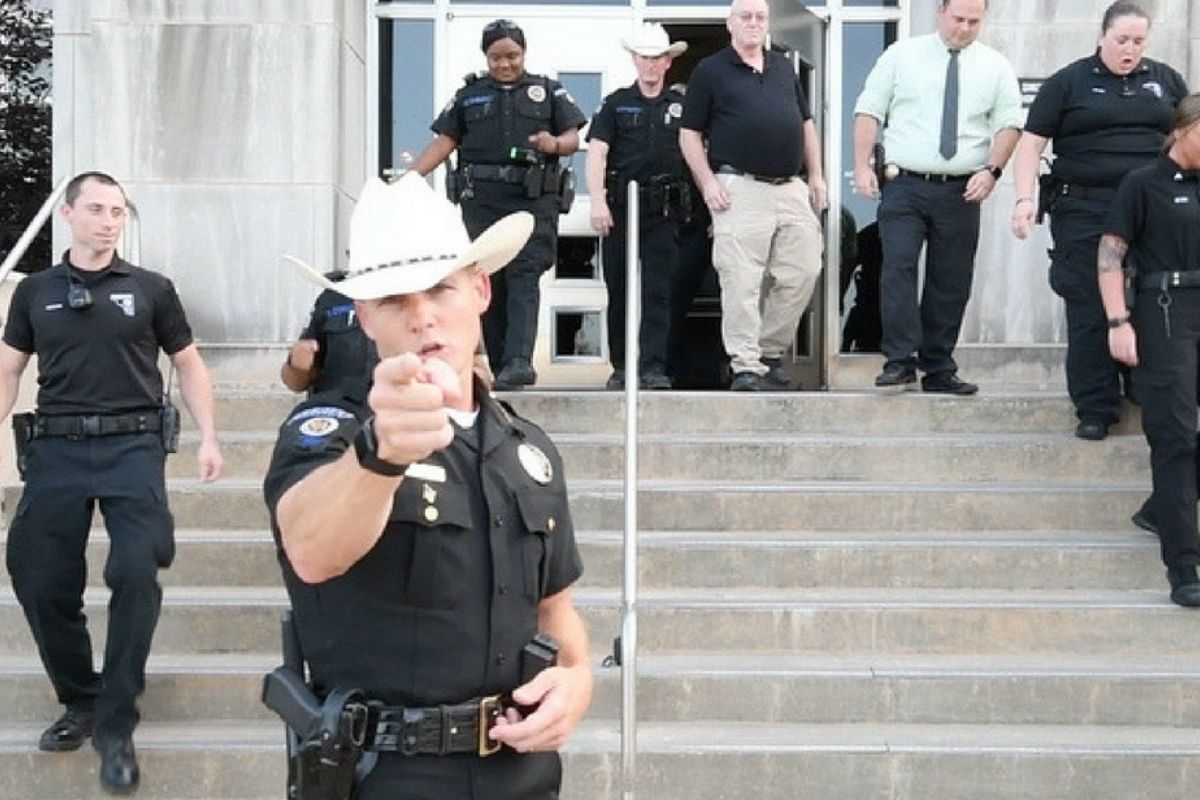 In case you haven’t been keeping up with the latest social media trend, don’t worry, we’ve got you. This time around, it looks like lip-syncing has become the latest viral sensation for law enforcement officers from all around the country. The Police Lip Sync Challenge has brought together police officers from around the nation after law enforcement agencies began posting their videos online for the world to see.

The challenge encourages creativity and encourages a competitive spirit while capitalizing on some good viral publicity. The trend began with a video posted by Deputy Alexander Mesa of the Bexar County Sheriff?s Department. The video of him lip-syncing ?Fuiste Mala” by the Kumbia Kings has gained more than 1 million views on their Facebook page. His smooth serenading moves stole the internet’s heart and have since inspired officers to join the fun.

A few days after Mesa?s video, San Antonio Central Patrol Officer J. Quiroz decided to join the challenge by filming his own video. Officer Meza sang the popular N’Sync hit Bye Bye Bye. Just like the song, the video was a hit too, and spawned the hashtag #lipsyncbattle, which started the competition among the officers.

But wait…there’s more! Two officers from the Robstown Police Department also shared their own lip-sync video, starting with the popular 90?s song Everybody (Backstreet’s Back) by The Backstreet Boys. Yet, the duo quickly switched up their style to show their “South Texas? culture and decided to lip-sync a classic Tex-Mex favorite, Bidi Bidi Bom Bom from Selena Quintanilla.

If you ask me, it looks like these officers are not only signed up to protect and serve but also to dance and sing! The challenge has been a big hit in Texas, but it has quickly swept the nation, getting officers in states such as Missouri, Florida, California, and Virginia involved.

Don?t believe us? Check out this lip sync challenge by the Ballwin Police Department, where they even made a skit, involving the one thing police officers can’t resist: doughnuts. The video shows officers rebelling against their Chief of Police, after he put a ban on all doughnuts, requiring officers to start eating healthy foods. As of now, their video has more than 170,000 views!

The latest video to trend is one featuring police officers in Norfolk, Va. They released a video of themselves dancing through a corridor, pumping their fists, and lip-syncing to Bruno Mars and Mark Ronson?s Uptown Funk. In just one day, the video has gained over 70 million views on Facebook, making it one of the most popular entries in the lip-sync challenge. It?s safe to say these videos are allowing the country to see police officers in a different way. These feel-good skits portray the human aspect of police departments and not just the accounts of police brutality seen in the news. The main goal of these videos are to show law enforcement are there to help their community, regardless of the situation. Check out The Norfolk Police Departments video below, along with some of our favorites from around the country!

Editors Note: This article was originally published on July 24, 2018.