Police made a horrifying discovery in an Ohio home, and now, a manhunt is underway 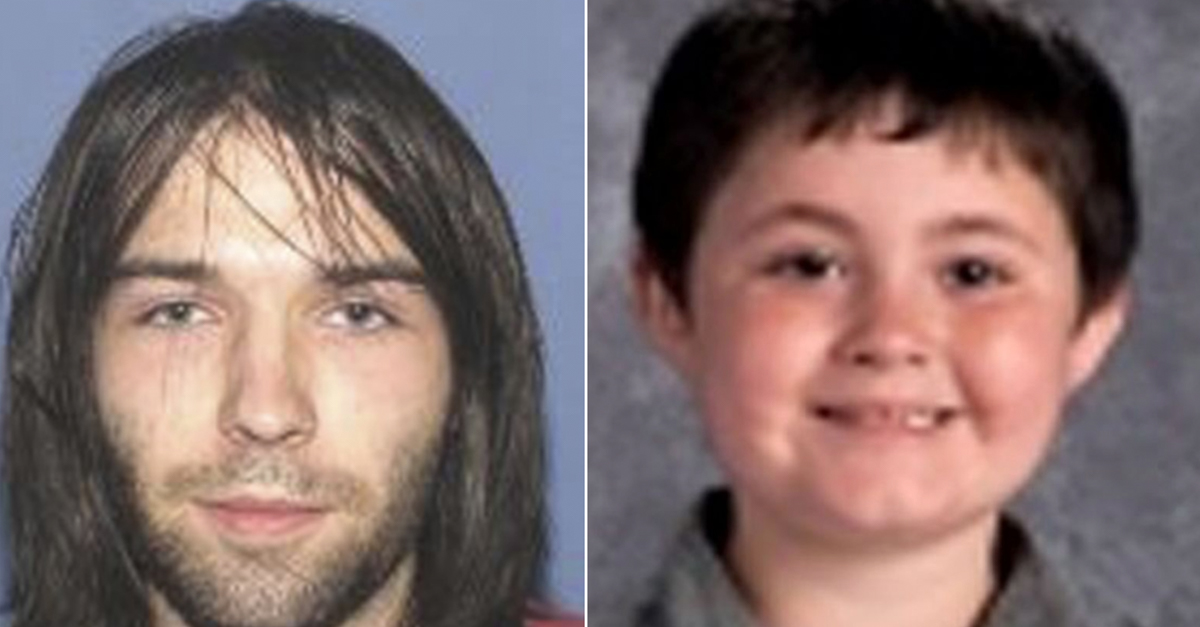 A manhunt is underway in Ohio for a suspect in the shooting deaths of four people including a 7-year-old boy, whose body was apparently hidden in a home where the others were also found, authorities said.

Warrants were issued Thursday afternoon for 23-year-old Arron Lawson for three counts of murder and one count of aggravated murder, as the search for the suspect focused on a wooded area near the southern tip of the state.

Lawrence County sheriff’s deputies found the bodies of three adults inside a house trailer Wednesday evening. While at the scene, they were told that a 7-year-old boy also lived there and had not been seen. Authorities issued a missing-child alert and spent hours searching for Devin Holston only to find the child dead inside the same house trailer, his body apparently hidden.

RELATED: Days after the murders of an Ohio family, police are looking into a disturbing possibility

Lawrence County Sheriff Jeffery Lawless said a fourth adult who came upon the scene after work was stabbed there and fled to seek help. That person was later flown to a hospital in Huntington, West Virginia.

Deputies spotted Lawson around 12:30 a.m. Thursday in a blue truck in Ironton, about 15 miles (24 kilometers) south of where the victims were found in an unincorporated area, but they lost him after a brief chase when he crashed into a ditch and ran into the woods, Lawless said.

Lawless told the Ironton Tribune that Lawson was related to some of the victims and that he lived within a quarter-mile of the home where the bodies were found. None of the dead adults or injured victim was immediately identified. A motive for the killings remained unclear. The sheriff’s office said releasing further information would compromise the investigation.

Agents from the Ohio Bureau of Criminal Investigation are assisting Lawrence County with the case, said Jill Del Greco, a spokeswoman for BCI and the state attorney general’s office.

The initial report about the slayings — violence against multiple people found at properties of related residents — recalled details from a still-unsolved homicide case that rattled rural southern Ohio last year. But investigators have no indication of a connection between the cases, Del Greco said.

The deaths on Wednesday occurred roughly 40 miles (64 kilometers) southeast of the Piketon area, where eight people from the Rhoden family were found shot to death in four homes in April 2016.