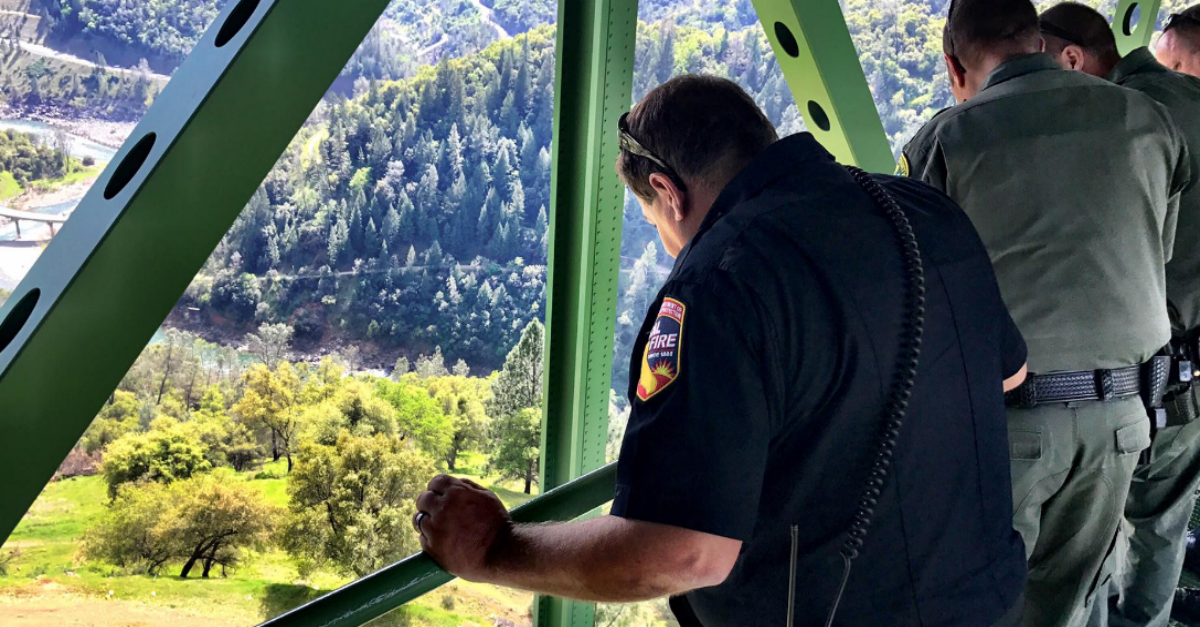 One Sacramento woman is in the hospital after she tried to take a selfie on top of the Foresthill Bridge in California on Tuesday. The bridge is the highest in the Golden State at 730 feet and is one of the highest in the United States–the Golden Gate Bridge is only 220 feet above the San Francisco Bay.

This is the location on the catwalk where the female was on the girders and fell 60 feet below. You will be cited and or…

RELATED: This girl learns the funny way that you don’t twerk on the edge of a bridge

According to a post by the Placer County Sheriff’s Office, the woman was on the girders when she lost her balance and suffered a 60-foot-fall. They also warned that venturing into restricted areas can end in citations or arrests.

Yesterday afternoon, a female and a group of her friends from the Sacramento area were walking on the girders underneath the Foresthill Bridge in violation of Placer County Code 12.04.190 and Penal Code 602. The female attempted to take a selfie and fell from the girders landing on the trail approximately 60 feet below. She was life-flighted to Sutter Roseville Medical Center and is expected to survive. The walkways under the Foresthill Bridge are closed for the protection of our residents and our community. Any trespassers found on the bridge will be cited. Be safe and tour the bridge from the sidewalks above. This young lady is very lucky to be alive and the consequences could have been worse for her, her friends and her family.

The woman was actually on a catwalk underneath the bridge. After her fall, she was taken via helicopter to a nearby hospital. One of her friends told CBS Sacramento that “they were taking a picture on the bridge and on the big bolts that hold the beams together, she stepped on them kind of weirdly and lost balance and fell backwards.” He also said that the fall knocked her out and she suffered a deep cut on her arm and a few fractured bones. She is currently still in the hospital and expected to make a full recovery.

RELATED: Truck driver meets a tragic end when he drives across a bridge during a very stormy day

The area underneath the bridge, where the woman fell, is a popular spot for pictures and wayward daredevils. According to CNN, police have begun keeping an eye on the area after videos and images of people in the restricted area have become prevalent on social media.