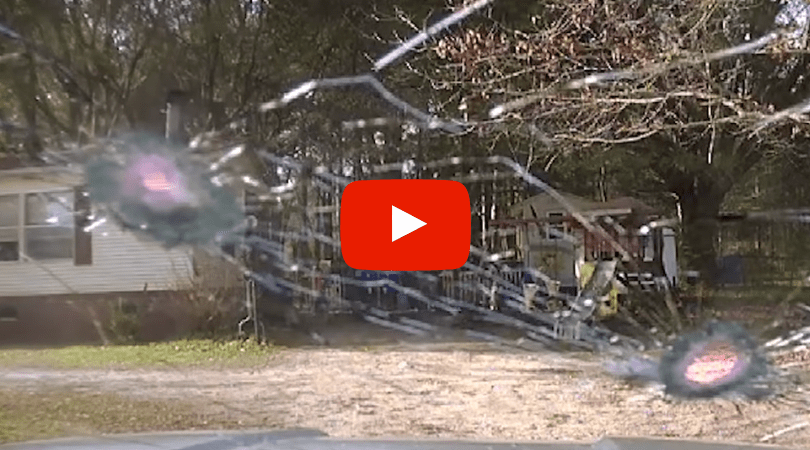 A Huger, South Carolina man opened fire on a police officer upon being stopped for a traffic violation and the dash camera footage from the incident is more than enough to make you appreciate that fact that you don’t have to spend your days wondering if you’re going to get shot at.

The deputy who found himself being fired upon was originally responding to a dispute between neighbors. When he arrived on the scene he observed the suspect’s vehicle speeding down Waterfowl Lane and attempted to pull him over. The suspect then retreated into his driveway and began firing on the officer.

According to reports, the officer was pinned down behind his vehicle for 30 minutes before backup arrived. Eventually both SWAT and an armored car were called to the scene. A group of officers and SWAT team members closed in on the suspect, who at first put his hands up as if he was going to surrender before reaching for his weapon and firing again. The suspect was then shot and killed.

The footage itself is simply terrifying. The bullets whiz in and impact the car seemingly at random. As if there’s nothing anyone could do to get out of the way. The video gives the viewer a real first-person view of what it looks and sounds like to be under fire. It, um, does not seem fun. Enough praise can’t be heaped onto this officer for keeping his cool.