Police thought they had cornered this runaway cow, but she had other ideas 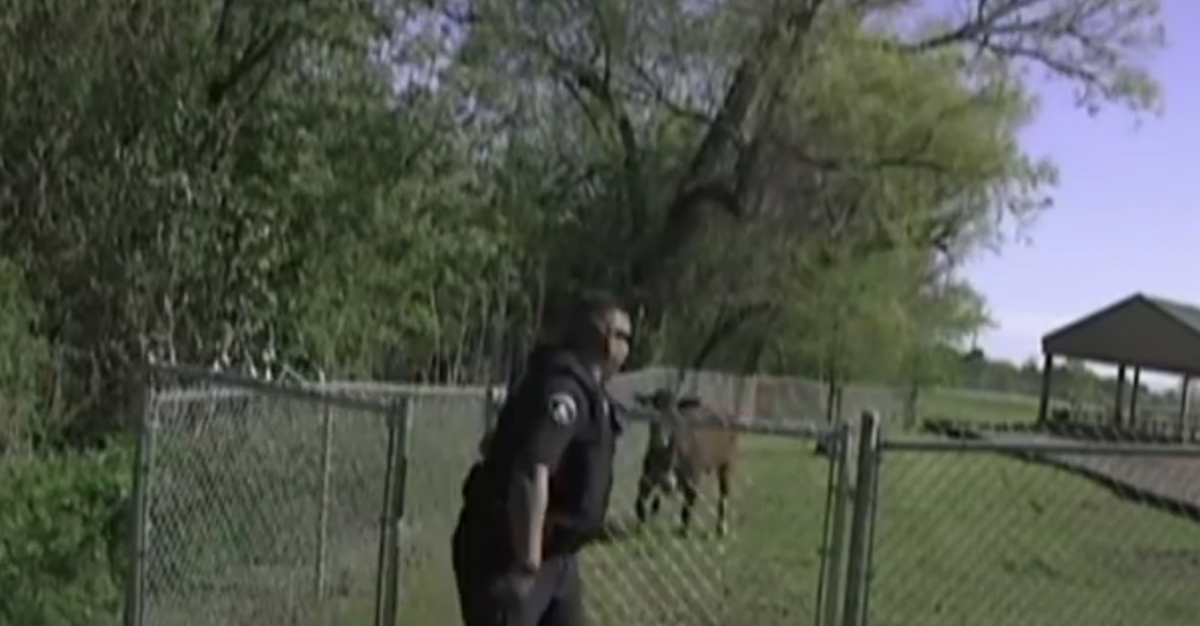 A Wilson Park, Texas, veterinarian’s office lost track of a cow, as one sometimes does.

Police were summoned to help catch the animal, and while the responding officers were more prepared than, say, the police officers who had to chase down a cow in Queens, they still had to summon riders on horseback to corral the cow — and not even that worked.

Before that, police chased the animal in hopes of cornering it with their vehicles. They got very close here, in a playground in Temple, when Ofc. Gabriel Estrella managed to run her into a fenced play area.

But it wasn’t enough. Once she realized she was cornered, the cow turned to the way she came in — and charged right for it! Estrella jumped out of the way just in time as the fence slammed open.

The cow is still mooving, per reports. WFMY-2 News says the cow was last seen”around 8:30 p.m. Thursday” heading east outside the city of Temple, Texas.

RELATED: Apparently, being an escaped convict gets you really speedy drive-thru service