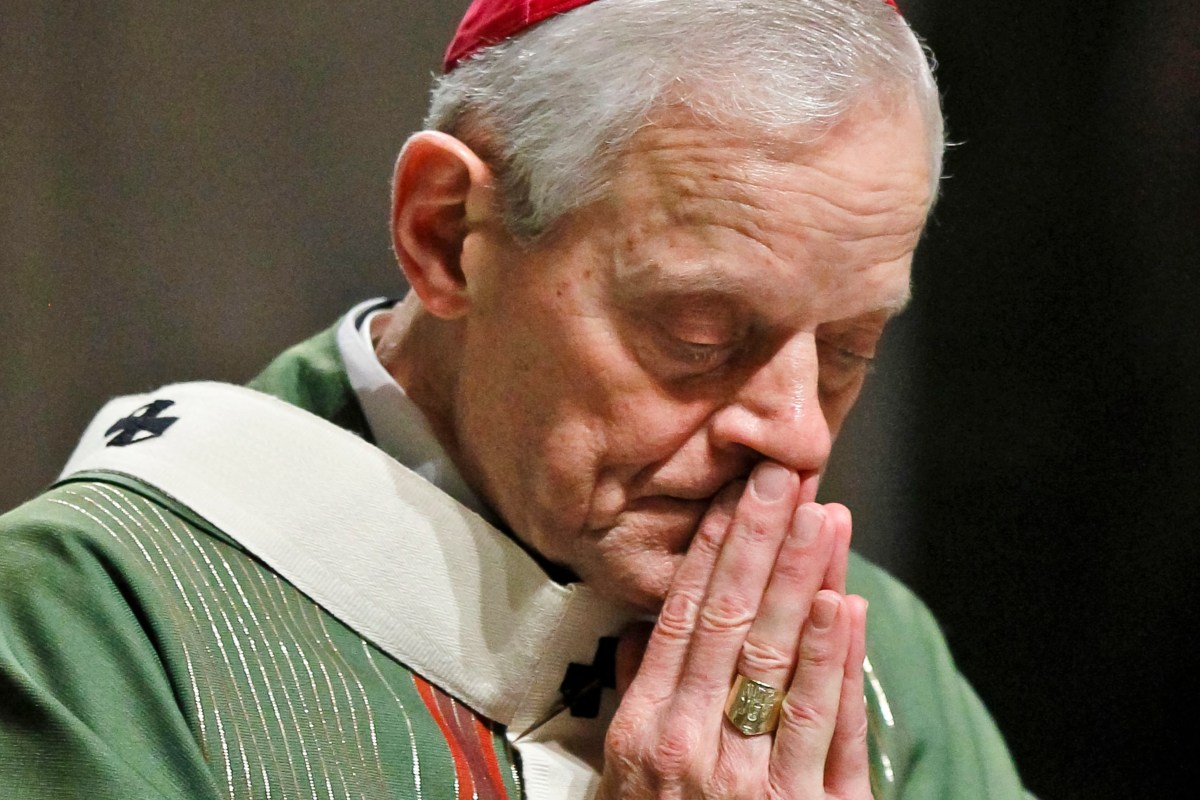 NORRISTOWN, Pennsylvania (AP) ? Amid unfolding sex-abuse scandals, Pope Francis has accepted the resignation of Cardinal Donald Wuerl as archbishop of Washington. But the pope’s gentle words and lack of condemnation angered those who feel top Catholic leaders continue to shirk responsibility for the global crisis.

Among those frustrated by the pope’s announcement Friday was Pennsylvania Attorney General Josh Shapiro, who oversaw a grand jury report issued in August on rampant sex abuse in six Pennsylvania dioceses. The report accused Wuerl of helping to protect some child-molesting priests while he was bishop of Pittsburgh from 1988 to 2006.

“It is unacceptable that then-Bishop Wuerl … oversaw and participated in the systematic cover-up that he did when leading the Pittsburgh Diocese and that he is now able to retire seemingly with no consequences for his actions,” Shapiro said. “We can’t rely on the church to fix itself.”

Shapiro spoke at a news conference after urging the state Senate to pass legislation allowing sex-abuse victims to sue in old cases they now can’t pursue because of the statute of limitations.

Wuerl had offered his resignation as archbishop in late 2015, after he turned 75. Pope Francis accepted the offer Friday, but asked Wuerl to stay on temporarily until a replacement is found and suggested he had unfairly become a scapegoat and victim of the mounting outrage over the abuse scandal.

“You have sufficient elements to justify your actions and distinguish between what it means to cover up crimes or not to deal with problems, and to commit some mistakes,” Francis wrote to Wuerl. “However, your nobility has led you not to choose this way of defense. Of this I am proud and thank you.”

Wuerl, who turns 78 in November, initially played down the grand jury report and defended his own record, but eventually concluded he should no longer lead the archdiocese.

“The Holy Father’s decision to provide new leadership to the archdiocese can allow all of the faithful, clergy, religious and lay, to focus on healing and the future,” Wuerl said in a statement Friday. “Once again for any past errors in judgment I apologize and ask for pardon.”

With the resignation, Wuerl becomes the most prominent Catholic head to roll since his predecessor as Washington archbishop, Theodore McCarrick, was forced to resign as cardinal this year over allegations he sexually abused at least two minors and adult seminarians.

Wuerl, even as he drew criticism in the grand jury report, also faced widespread skepticism over his insistence that he knew nothing about years of alleged sexual misconduct by McCarrick.

Wuerl was named prominently in the 11-page denunciation of an aleged McCarrick cover-up that was written by the Vatican’s former ambassador to the U.S., Archbishop Carlo Maria Vigano. He accused a long line of U.S. and Vatican churchmen of turning a blind eye to McCarrick’s penchant for sleeping with seminarians.

Francis’ praise for Wuerl alarmed advocates for abuse survivors, who said it was evidence of the clerical culture Francis himself denounces in which the church hierarchy consistently protects its own.

The pope “needs to fire and publicly admonish any bishop that has enabled perpetrators by concealing their crimes from law enforcement and the public,” said Becky Ianni of SNAP, a network of abuse survivors.

She said Francis should turn over all Vatican records on child sex crimes to secular authorities, and also demand that every cardinal and bishop post the names of all the accused clergy on diocesan websites.

Patty Fortney-Julius, one of five sisters from central Pennsylvania who have accused their now-dead parish priest of sexually abusing them as children, also voiced frustrations.

“If the pope truly wants a pure faith and Catholics that can walk in on Sunday morning with their head held high … then they will open up every secret archive in the world, and that’s the bottom line,” she said at Josh Shapiro’s news conference. “You can’t speak out of both sides of your mouth. Scripture doesn’t teach that, so the Catholic Church shouldn’t teach that, especially from the pope’s pulpit.”

Wuerl has not been charged with any wrongdoing but was named numerous times in the grand jury report, which details instances in which he allowed priests accused of misconduct to be reassigned or reinstated.

In one case cited in the report, Wuerl ? acting on a doctor’s recommendation ? enabled the Rev. William O’Malley to return to active ministry in 1998 despite allegations of abuse lodged against him in the past and his own admission that he was sexually interested in adolescents. Years later, according to the report, six more people alleged that they were sexually assaulted by O’Malley, in some cases after he had been reinstated.

In another case, Wuerl returned a priest to active ministry in 1995 despite having received multiple complaints that the priest, the Rev. George Zirwas, had molested boys in the late 1980s.

Wuerl’s defenders have cited a case that surfaced in 1988, when a 19-year-old former seminarian, Tim Bendig, filed a lawsuit accusing a priest, Anthony Cipolla, of molesting him. Wuerl initially questioned Bendig’s account but later accepted it and moved to oust Cipolla from the priesthood. The Vatican’s highest court ordered Wuerl to restore Cipolla to priestly ministry, but Wuerl resisted and, after two years of legal procedures, prevailed in preventing Cipolla’s return.

Wuerl’s archdiocese issued a series of plaudits Friday, coinciding with the Vatican announcement. They included a letter from the archdiocesan chancellor, Kim Vitti Fiorentino, who lamented that Wuerl’s “pioneering leadership in the enhancement, implementation and enforcement of historically innovative child protection policies was overshadowed by the (Pennsylvania grand jury) report’s flaws and its interpretation by the media.”

In a letter to the Washington faithful, which Wuerl asked to be read aloud at Mass this weekend, the cardinal addressed survivors of abuse.

“I am sorry and ask for healing for all those who were so deeply wounded at the hands of the church’s ministers,” he wrote. “I also beg forgiveness on behalf of church leadership from the victims who were again wounded when they saw these priests and bishops both moved and promoted.”

That message failed to impress one of Wuerl’s conservative critics, Michael Hitchborn of the Lepanto Institute.

The letter “apologizes for the actions of others, but offers not even a shred of ownership of the pain, humiliation, and horror inflicted upon those he was responsible for,” Hitchborn said.

“Cardinal Wuerl did many good things over the years. He also made mistakes and failed,” Gehring tweeted. “But it was the right decision to resign. DC Catholics need a fresh start.”

Wuerl was born in Pittsburgh, attended Catholic University in Washington and received a doctorate in theology from the University of Saint Thomas in Rome. He joined the priesthood in 1966, was ordained a bishop by Pope John Paul II in 1986, and served briefly as auxiliary bishop in Seattle before going to Pittsburgh.

Read: Catholic school causes a stir by removing religious statues in effort to be more inclusive