“Neither snow nor rain nor heat nor gloom of night stays these couriers from the swift completion of their appointed rounds.” That’s the United States Postal Courrier’s unofficial creed. It’s an admirable one, and poetic. But when they said “heat” they meant, like, a hot summer day. Not literal oven temperatures. Postal workers are absolutely not willing to deliver mail in a literal oven. Most doctors agree that sitting in an oven is unsafe. And that’s exactly what mail trucks are, it turns out.

An Arizona Postal Courrier demonstrated that the USPS trucks they have to drive are, in fact, actual ovens when the Arizona summer brings its full force to bear by literally cooking a steak in it. The postal worker was able to cook the steak to an internal temperature of 142 degrees and has recorded the inside of their mail truck at a flesh-searing 128 degrees.

But the postal worker hasn’t simply been recording their findings and taking to social media to complain. They’ve been way more productive than that with their mobile oven. They’ve been recording the temperatures (and meals) and sending them to Arizona State Representative Shawnna Bolick, who has in turn put pressure on the Post Office to not cook their employees alive.

When confronted with the fact that their employees were being slow-roasted by their own equipment the USPS released the following statement:

“We want to emphasize the Postal Service works to protect its employees all year through a strong health and safety program. This includes instructions on messaging through the handheld carrier scanners, frequent service talks on recognizing heat illnesses and taking shade or hydration, and street supervision that checks on carriers during the day. Our letter carriers work hard and we appreciate that effort in all conditions.”

So hopefully now our wonderful mail carriers won’t be slow-cooked like a brisket anymore.

This story was originally published August 9, 2019.

Watch: Smoked Brisket 101: How to Smoke the Perfect Brisket from Start to Finish 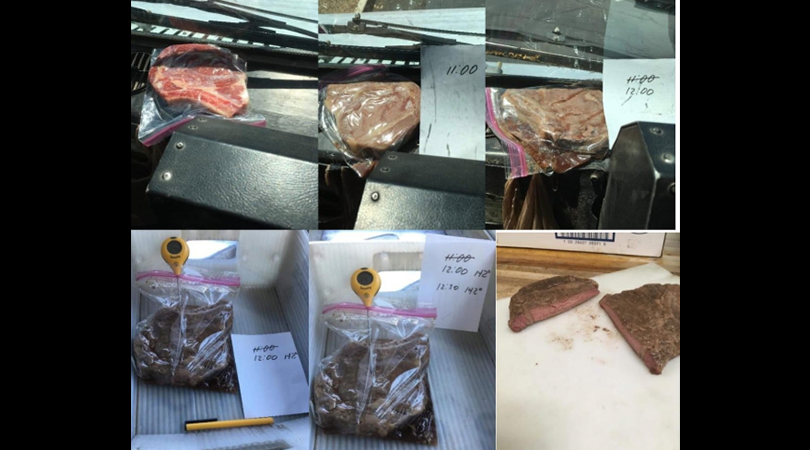