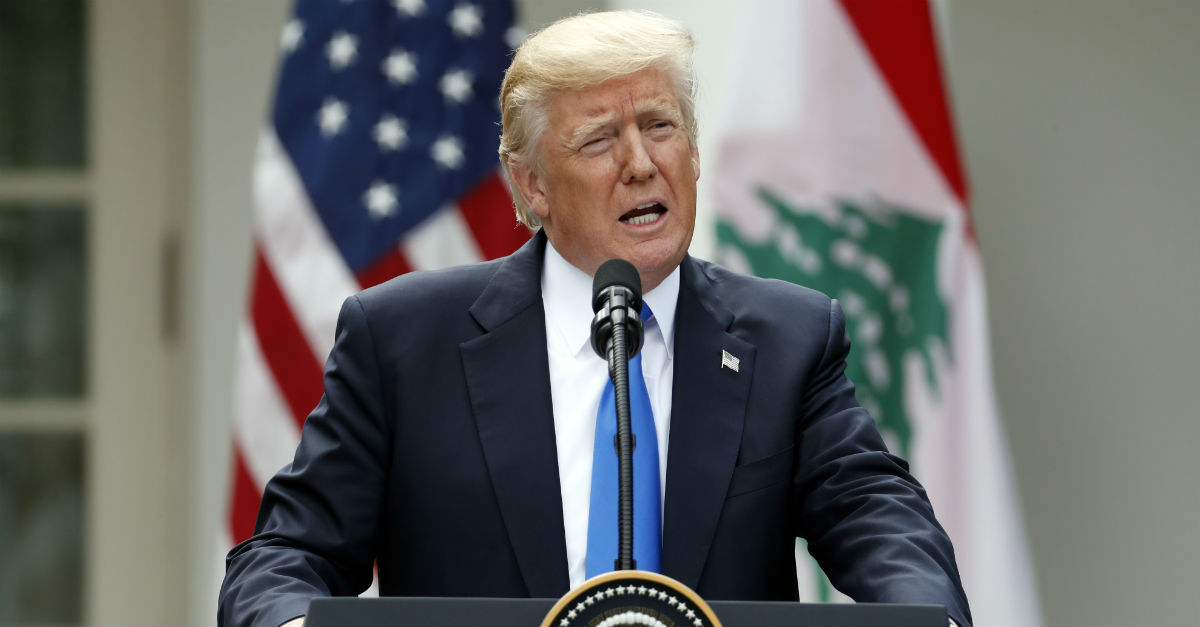 President Trump delivered a press conference following the Senate’s decision to vote on a debate for a health care bill that would repeal and replace Obamacare.

The president began by thanking Sen. John McCain (R-Ariz.) for his vote:

McCain, who was recently diagnosed with brain cancer, showed up to the Senate on Tuesday to vote to advance the bill. He also delivered a brief speech to his colleagues before announcing that he would be taking some time to recover.

Pres. Trump on Senate moving forward to debate health care: "I applaud the Senate for taking a giant step to end the Obamacare nightmare." pic.twitter.com/LiTibpQkRk

“The Senate must now pass a bill and get it to my desk so we can finally end the Obamacare disaster once and for all,” Trump declared.

RELATED: President Trump went on Twitter to call out a member of his administration again

The day before, the president criticized Republicans for not doing “their job in ending Obamacare.” He suggested that Tuesday’s vote would be the “last chance to do the right thing.” He also singled out any Republican who did not vote with the party, accusing them of being “fine with the Obamacare nightmare.”