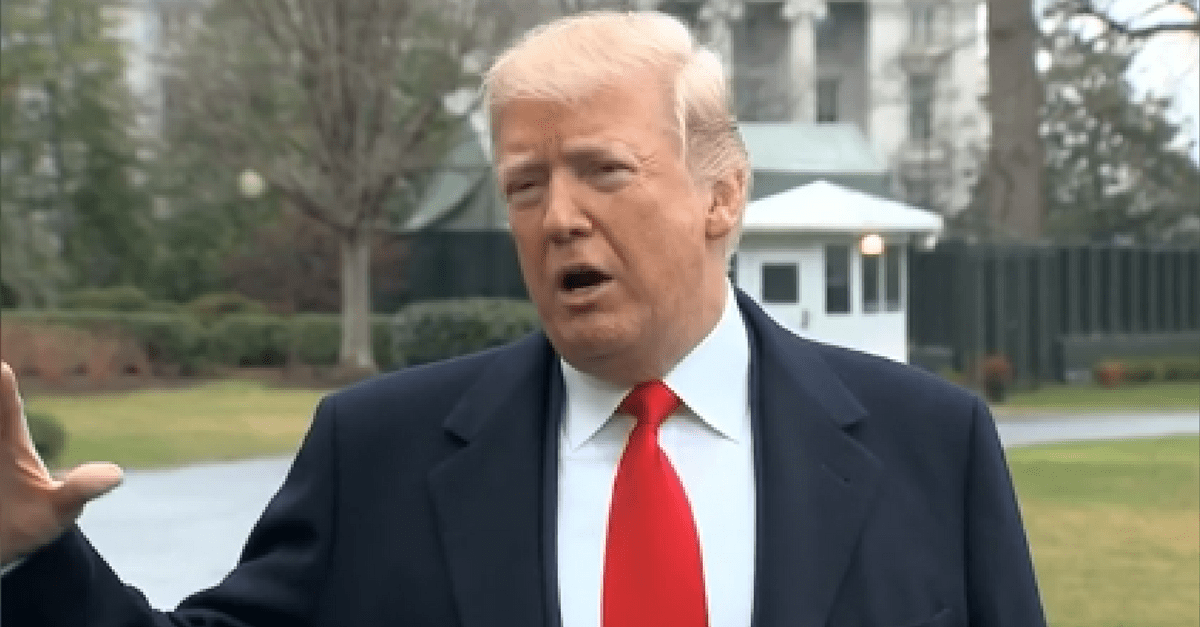 Before departing for CPAC on Friday morning, President Trump slammed the sheriff’s deputy who froze during last week’s Florida high school shooting while speaking with reporters on the White House lawn about his recent proposal to arm teachers.

“Deputy Sheriff Peterson I guess his name is, I mean, they brought it out, I was surprised, but it deserves to be brought out, what he did, he?s trained his whole life,” he said. “There?s an example. But when it came time to get in there and do something, he didn?t have the courage or something happened. But he certainly did a poor job.”

“There?s no question about that. He was there for five minutes, for five minutes,” the president continued. “That was during the entire shooting. He heard it right at the beginning. So he certainly did a poor job. But that?s the case where somebody was outside, they?re trained, they didn?t react properly under pressure or they were a coward.”

President Trump’s words come a day after Broward County Sheriff Scott Israel confirmed that Deputy Scot Peterson, who was the armed guard assigned to Marjory Stoneman Douglas High School, deliberately did not engage the shooter in the mass shooting on February 14, 2018. According to surveillance camera footage, Peterson took position outside an entrance to the building where the shooting began, but failed to enter after arriving just one minute after the shooting began. He continued to wait outside for “upwards of four minutes” during the six-minute massacre that claimed 17 lives at the hands of gunman Nikolas Cruz and his AR-15.

During a press conference on Thursday, a “devastated” Israel said Peterson should have “went in. Addressed the killer. Killed the killer.” He added that the deputy has sought retirement from the department in the aftermath of the tragedy, which he?s entitled to having served the necessary time with the agency and “meeting the requirements” for retirement from the department.

RELATED: The disgraced cop who reportedly left his post during the Florida shooting thought he did ?a good job?