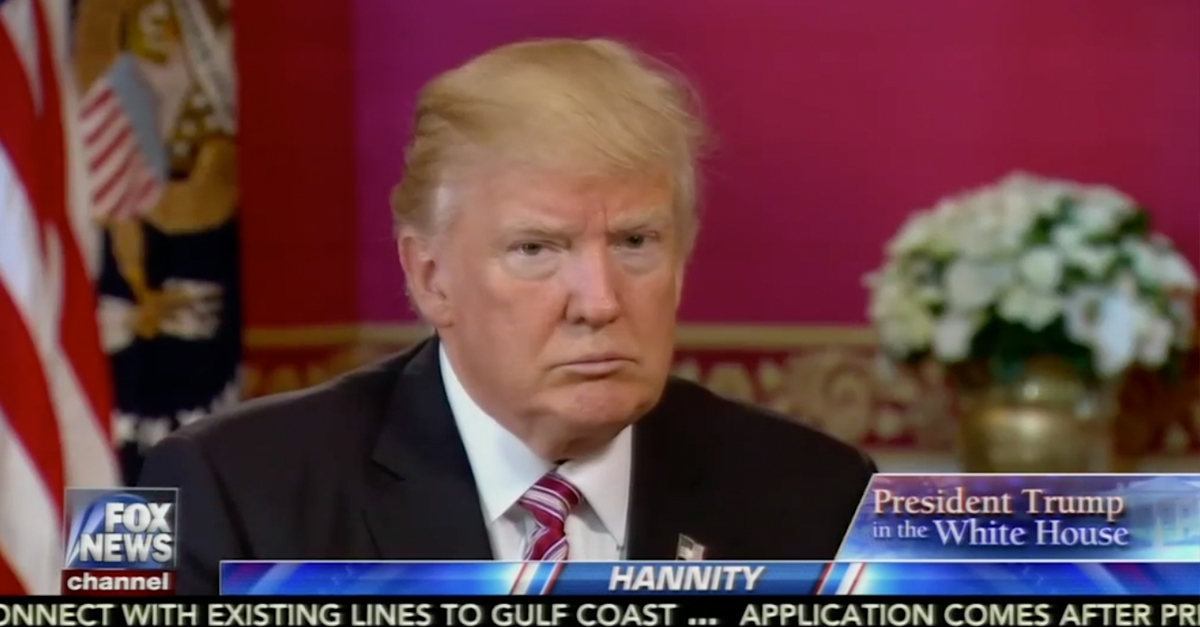 So said President Donald Trump to Fox News Channel’s Sean Hannity in a pre-taped interview that aired Thursday on the cable network. Trump was responding to Madonna’s comments about wanting to blow up the White House.

The singer’s remark came during a speech at the Women’s March on Washington on Jan. 21.

“Yes, I’m angry. Yes, I am outraged. Yes, I thought an awful lot about blowing up the White House,” Madonna said at the rally in Washington, D.C.

RELATED: Looks like Reba has a bone to pick with Madonna

“I thought what she did was disgraceful to our country,” Trump told Hannity.

According to multiple media outlets, the Secret Service was also not pleased with Madonna.

“It’s all about intent. Is she intending to do harm to the White House or President Trump? Otherwise it will be characterized as inappropriate,” an anonymous official told the New York Post. “If it’s characterized as inappropriate, then there won’t be any discussions with the U.S. Attorney. If it’s determined that there’s intent on her part, then there will be discussions with the U.S. Attorney and they’ll take it from there.”