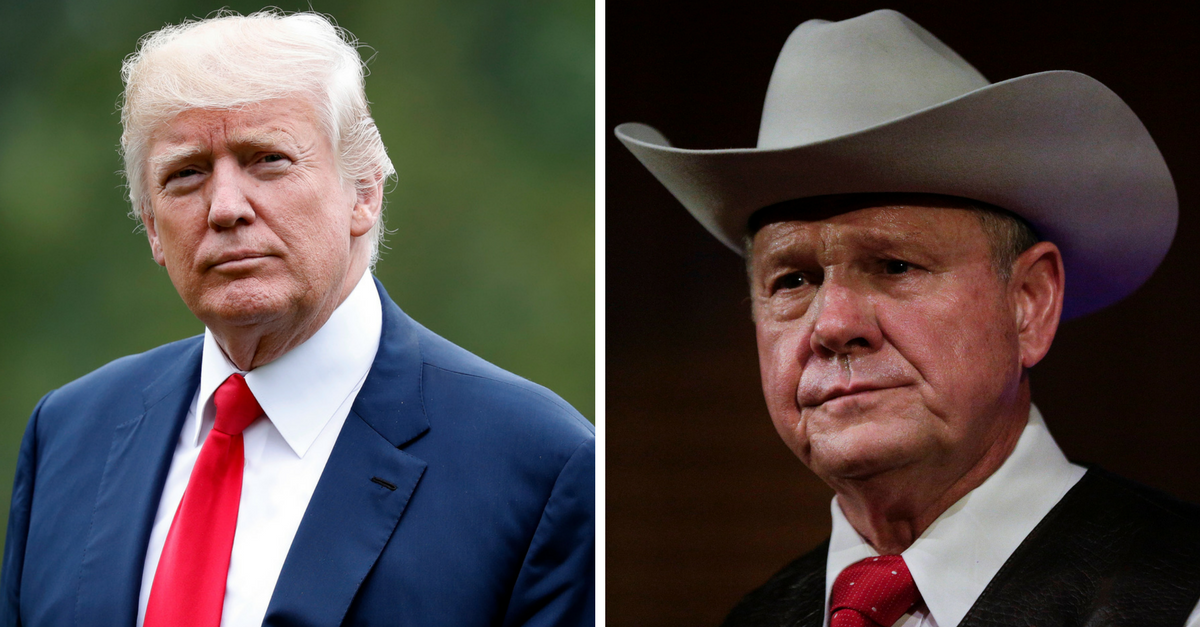 While speaking to reporters on Tuesday afternoon ahead of his departure for Mar-a-lago, President Trump addressed allegations of sexual harassment and assault against Alabama Republican Senate candidate Roy Moore.

“We don’t need a liberal Democrat in that seat,” the president said in regard to the vacant Alabama Senate seat, adding that Moore “totally denies” the accusations and “40 years is a long time.”

The president went on to encourage voters not to support Democrat Doug Jones in the race, adding that he is bad on crime and on border protection. While he didn’t say whether or not he believes Moore, he did suggest he will soon reveal if he’ll campaign for him.

RELATED: A Democratic organization’s joke about a MAGA hat and child sexual abuse backfired in a huge way

“I’m telling you we want the votes in the Senate to get this tax bill through,” Conway said. “And the media — if the media were really concerned about all these allegations, and that’s what this was truly about … Al Franken would be on the ash heap of bygone half-funny comedians. He wouldn’t be here on Capitol Hill. He still has his job. What’s Bob Menendez doing back here? That’s the best my state of New Jersey can do?”

Moore has been accused by seven women of sexual misconduct. With the exception of one woman who was 18 at the time, all of his accusers were underage when he allegedly sexually harassed or assaulted them with the youngest being just 14 years old at the time. One of his accusers was even in the same sophomore class as his wife, whom Moore has admitted to first noticing when she was 15 or 16 years old performing in a dance recital.

“When I was deputy district attorney, many years before we got married, I saw her at a dance recital and I was standing, oh, at the back of the auditorium and I saw her up front,” he recalled at the time. “I remember her name, it was Kayla Kisor. KK. But I remember that and I didn’t meet her there … it was, oh gosh, eight years later or something, I met her. And when she told me her name, I remembered.”

RELATED: “The View” questions the kinds of morality used to defend Roy Moore