It was announced on Tuesday that retired neurosurgeon Ben Carson has turned down a position in president-elect Donald Trump’s cabinet. Had he accepted, Carson might have been appointed as the secretary of Health and Human Services, or even secretary of Education.

The Hill reported on a phone call from business manager and close friend Armstrong Williams. According to Williams, a specific position was never offered to Carson, “but everything was open to him.” Carson’s role will be to remain close as an unofficial adviser.

Trump praised Carson as a “brilliant physician” earlier in the month. Trump expressed interest in Carson, who is chairman of “My Faith Votes,” a Christian voters group, being a member of his administration.

Carson will lead an agency of some 8,300 employees and a budget of about $47 billion.

Carson has no government or housing policy experience. Despite that, his nomination cleared a Senate committee in January on a unanimous vote. Republicans praised his life story as inspiring. Carson grew up in inner-city Detroit with a single mother who had a third-grade education. Democrats welcomed Carson’s promises to address homelessness, lead hazards in housing, and other issues.

The Department of Housing and Urban Development oversees billions of dollars in housing assistance to low-income people. It also enforces fair housing laws and offers mortgage insurance to poorer Americans. 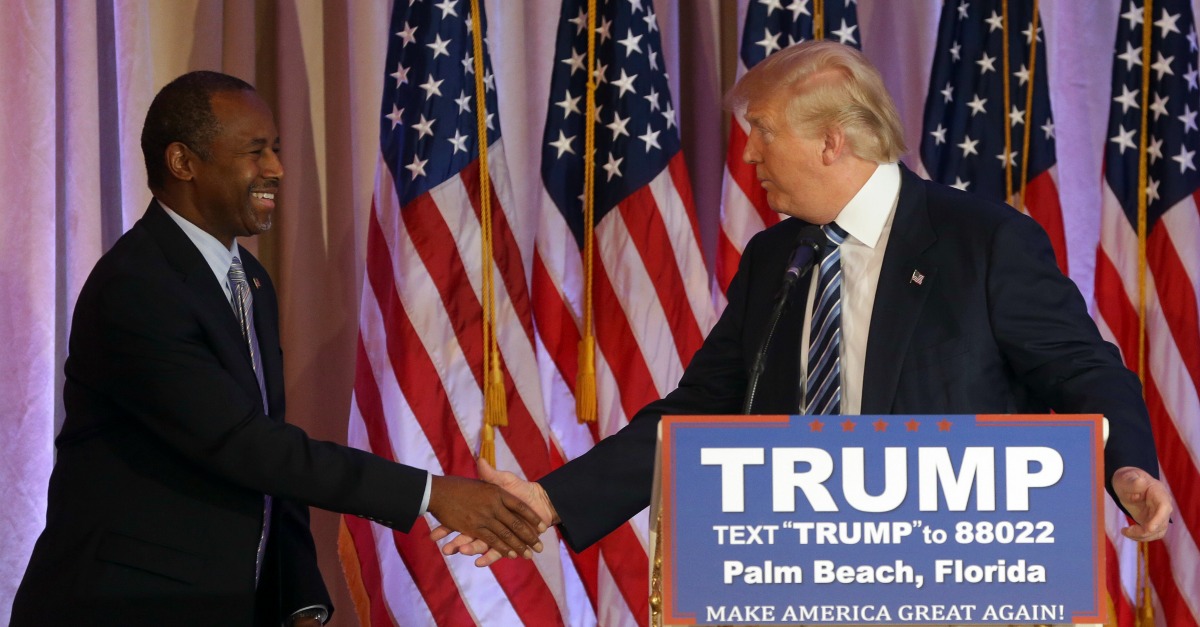