After President Donald Trump met with German Chancellor Angela Merkel in Washington, D.C., two moments from their summit were dissected by the media. During their initial greeting, Merkel asked Trump if they should have a customary handshake for a photo, and the president didn’t seem to hear her. This left Merkel in a strange position as the cameras rolled. Later on in the day, Trump brought up a 2013 incident in which the United States admitted to spying on Merkel’s private telephone conversations. Both moments made headlines across the country.

On Saturday morning, Trump took to Twitter to dispel any notion that things had gone poorly with Merkel.

“Despite what you have heard from the FAKE NEWS, I had a GREAT meeting with German Chancellor Angela Merkel. Nevertheless, Germany owes……..vast sums of money to NATO & the United States must be paid more for the powerful, and very expensive, defense it provides to Germany!” 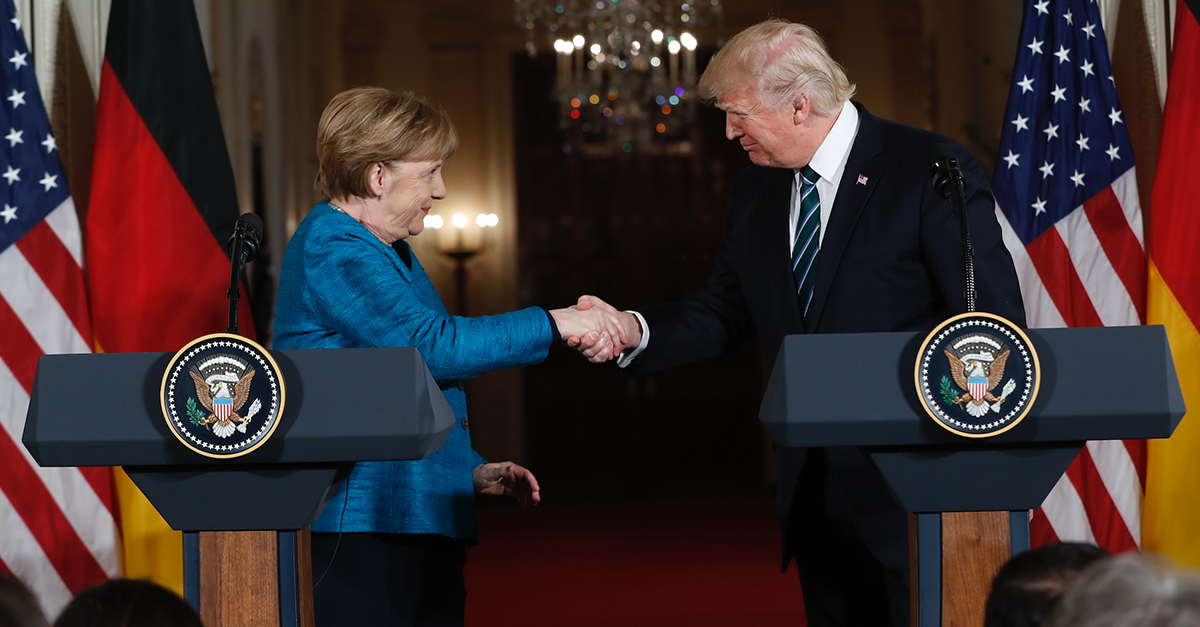