U.S. Sen. Chuck Schumer, a frequent critic of President Donald Trump, said on Friday that he would “happily talk” about his 2003 meeting with Russian President Vladimir Putin after the president called for an investigation into their relationship.

“We should start an immediate investigation into @SenSchumer and his ties to Russia and Putin,” Trump wrote on Friday afternoon. “A total hypocrite!”

The image was shared earlier Friday and late Thursday by Trump’s director of social media, Dan Scavino Jr., and a number of conservative and alt-right publications, including the Drudge Report and Infowars editor Paul Joseph Watson.

In response to the president’s tweet, Schumer wrote that he would “happily talk” about his contact with Putin, which “took place in ’03 in full view of (the) press & (the) public under oath.”

According to a 2003 news report, the image was taken while Putin was in New York to visit the state’s first branch of Russian gas station chain Lukoil.

Trump and Schumer have frequently butted heads since Trump was sworn into office in January.

Happily talk re: my contact w Mr. Putin & his associates, took place in '03 in full view of press & public under oath. Would you &your team? https://t.co/yXgw3U8tmQ

Schumer criticized the president late that month in an emotional news conference denouncing an executive order on immigration signed by Trump that caused chaos at the nation’s airports.

In a tweet on Jan. 30, Trump said that “big problems at airports” were caused partially by “the tears of Senator Schumer.”

Schumer is among the lawmakers pushing for an investigation into the relationship between Trump and Russian officials. Intelligence officials have determined that Russia interfered in November’s presidential election in order to benefit Trump.

Republican lawmakers have resisted calls for a full investigation. 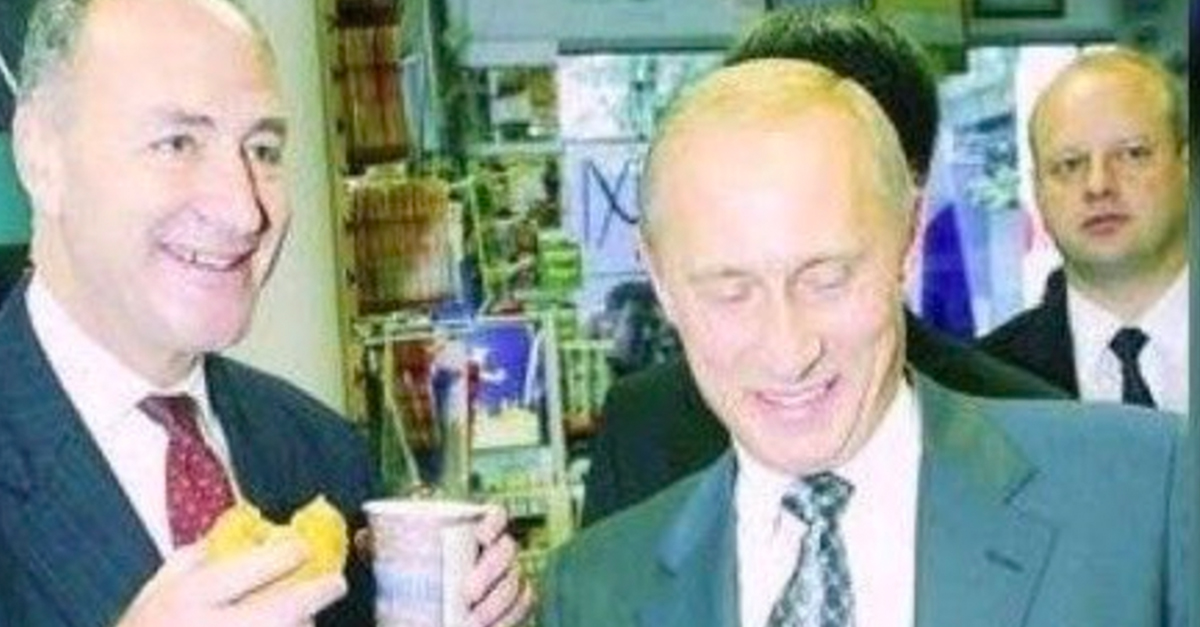