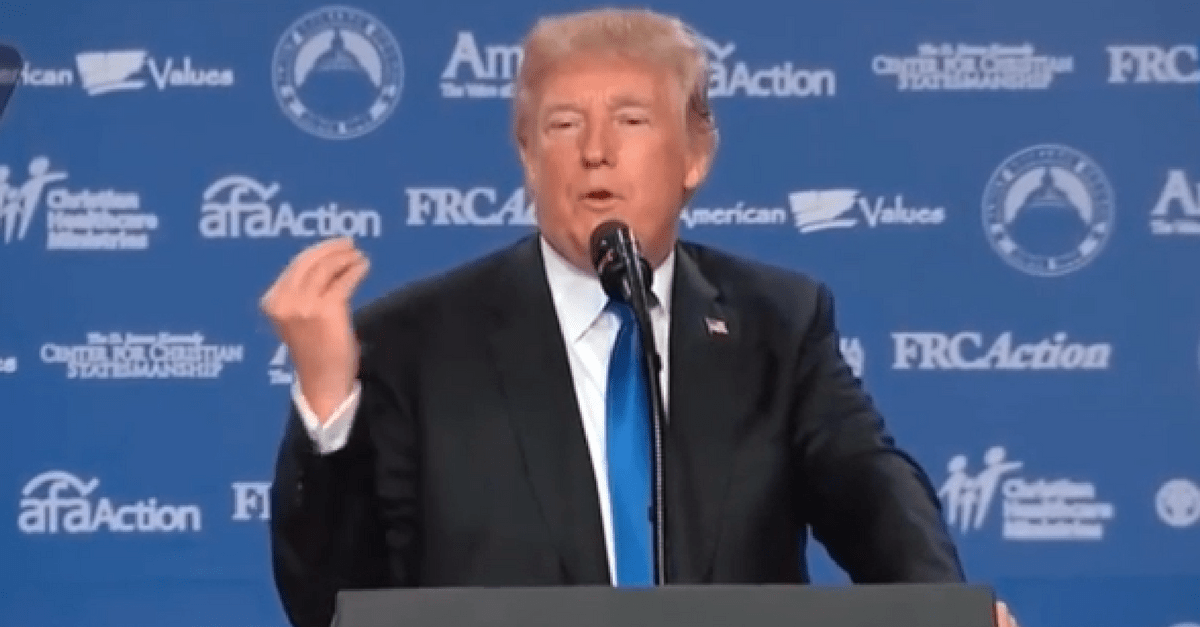 Declaring victory in the “war on Christmas” at Friday’s Values Voter Summit in Washington, D.C., President Trump promised we’ll be saying “Merry Christmas” during his first holiday season as president.

“We’re getting near that beautiful Christmas season that people don’t talk about anymore. They don’t use the word Christmas because it’s not politically correct,” he argued, saying PC culture has made it difficult to celebrate the holiday.

“You go to department stores, and they’ll say ‘Happy New Year,’ or they’ll say other things, and it’ll be red, they’ll have it painted. But they don’t say — well guess what? We’re saying merry Christmas again.

RELATED: Rex Tillerson takes a strange way of shutting down reports he thought about leaving Trump

The crowd at the Christian public policy conference went wild, cheering on the president’s promise excitedly as he went on to call for tax reform, calling the possibility a “Christmas gift.”

President Trump has frequently used the “war on Christmas” to fire up the evangelical Christian wing of his base, saying on the campaign trail that political correctness prohibits people from proudly celebrating Christian holidays such as Christmas.