“It doesn’t get more special”: President Trump sent his support to the troops ahead of Christmas 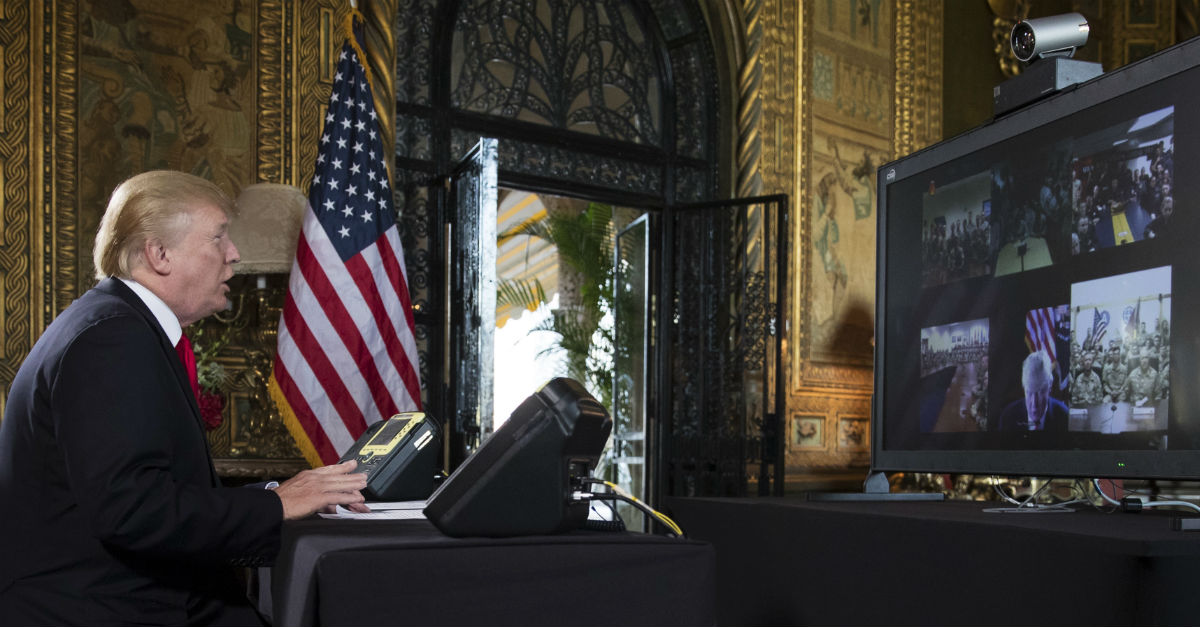 President Trump left a special message for the troops just ahead of Christmas.

The president spoke via teleconference to members of five units, all of whom are currently deployed overseas. He told the troops on the line that America was “winning” in its fight against terrorism.

Trump also gave thanks as he remembered those who would be away from their families on Christmas: “As we celebrate this most precious holiday, we?re grateful for each of you who spend this Christmas away from our families and defend all of our families, our freedom and our flag.”

He asked God to watch over the troops and their families.

The president sent a similar message to the troops for Thanksgiving.

Trump said, “We?re really winning. We know how to win.”

A few days earlier, Vice President Mike Pence made a surprise visit to American troops stationed at Bagram Air Base in Afghanistan. There, he closed out with a message for the holidays:

Now, I know there?s many faith traditions represented here. And no matter your background and belief, I hope you find renewal and renewed strength in this season. And for all of you who, like my family, in the coming days will look to a manger, and who will once again in your hearts claim the promise announced on a holy night ? of peace on Earth and good will toward men ? let me say, from the first family and my family, from families all across America: Merry Christmas.

RELATED: With the signing of the tax bill, Trump marks the end of his first year with a surprising statistic