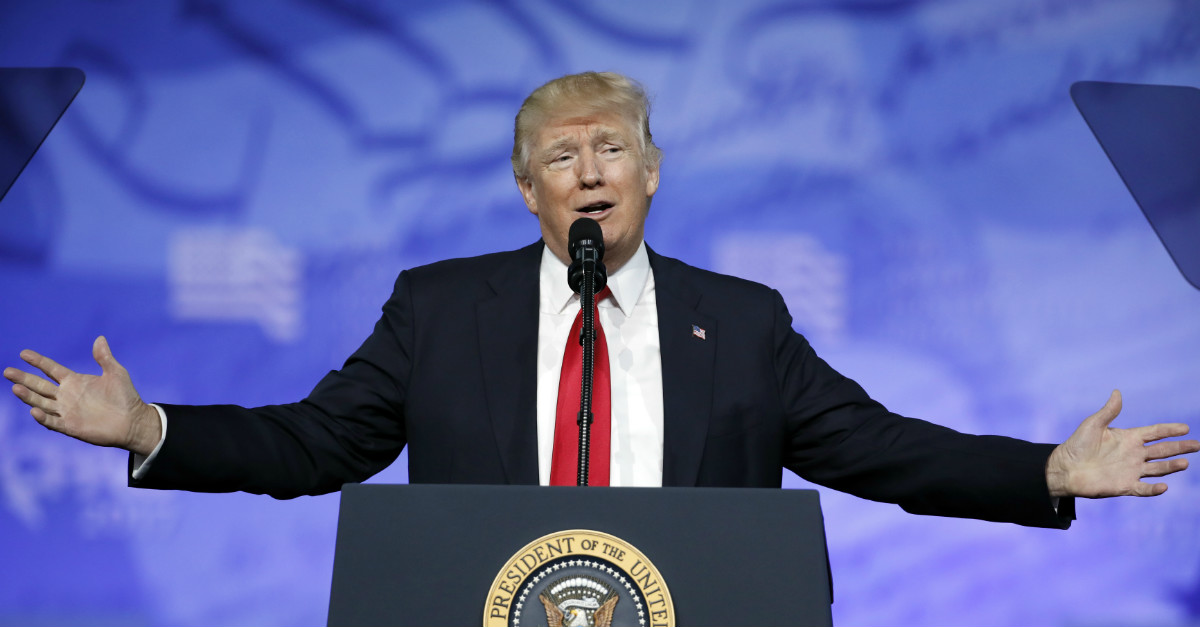 Though he didn’t mention him by name, President Donald Trump very clearly tweeted about a Democratic candidate for congress on Monday morning. On Tuesday, former congressional aide and filmmaker Jon Ossoff will find out if voters wish for him to represent Georgia’s Sixth Congressional District.

Ossoff later responded to Trump’s critique of him in a statement to the press.

“While I’m glad the President is interested in the race, he is misinformed,” Ossoff wrote.

“I’m focused on bringing fresh leadership, accountability, and bipartisan problem solving to Washington to cut wasteful spending and grow metro Atlanta’s economy into the Silicon Valley of the South.”

Despite Trump’s call of action against Ossoff, the White House may not be too worried that a Democrat would take the congressional seat. In a profile on Ossoff in New York Magazine, a White House official explained as such to writer Olivia Nuzzi.

?It?s really easy for Ossoff to run against the shadow of Trump, the specter of Trump, this bogeyman ? because there?s no official candidate. But once we have a candidate who can make a case for themselves, I think the polling will change pretty quickly.?