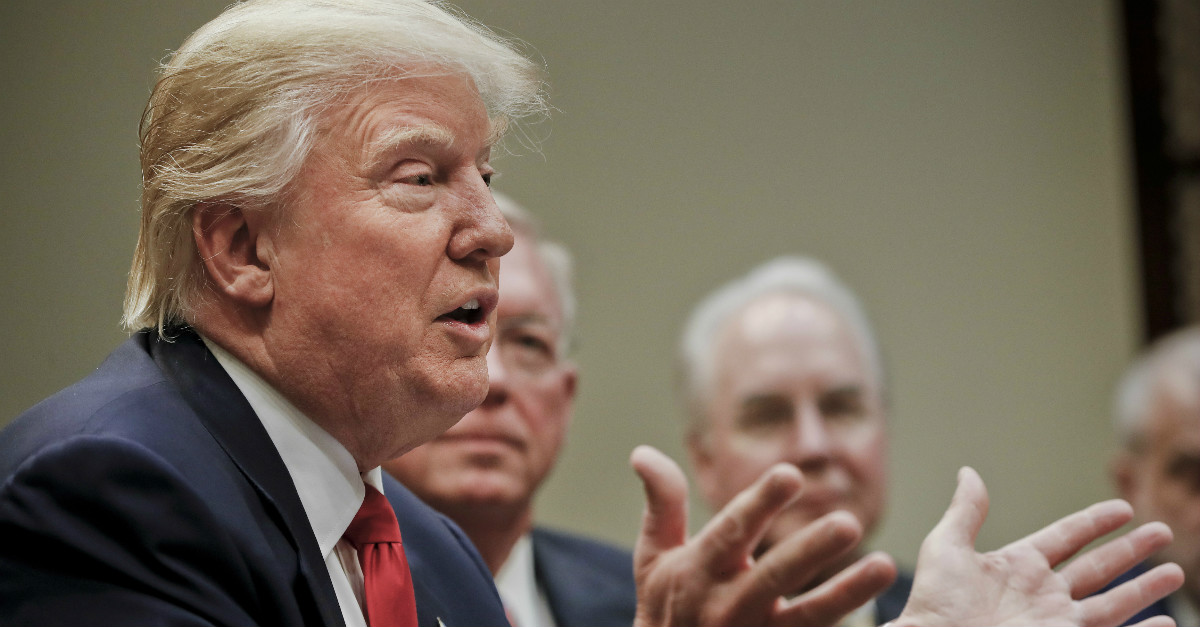 President Donald Trump warned of a possible conflict with North Korea during a recent interview with Reuters. Trump recapped his first 100 days as president in a sit down with the wire service, and discussed growing problems with North Korea.

“There is a chance that we could end up having a major, major conflict with North Korea. Absolutely,” Trump said.

“He’s 27 years old. His father dies, took over a regime,” he told Reuters. “So say what you want but that is not easy, especially at that age.”

Elsewhere in the interview, President Trump detailed how his new job as President of the United States was harder than he envisioned.