First lady Melania Trump shared an awkward moment with her husband, President Donald Trump, on Friday during an appearance at a military base near Washington, D.C.

The president and first lady were at Joint Base Andrews where the president gave a speech to a group of servicemen. He was introduced by his wife, and in an awkward moment, President Trump shook Melania’s hand then ushered her off stage. Of course, the encounter wasn’t lost on the internet.

British tabloid, Daily Mirror, called the handshake “awkward!” and was joined by a number of other outlets making similar remarks.

Social media users also had something to say about the unusual exchange:

Nothing says I love you my wife like a firm handshake and false pleasantries.

This isn’t the first time that Mr. and Mrs. Trump’s relationship has come under scrutiny – earlier this year, the first lady seemed to pull away from her husband during their trip to the middle east, which also caused a stir on the internet.

The first lady faced her own criticism when she chose to wear stilettos on Air Force One when she was en route to hurricane-ravaged Texas.

RELATED: Instead of seeing the good in Melania Trump’s Texas visit, the internet mocked her shoes 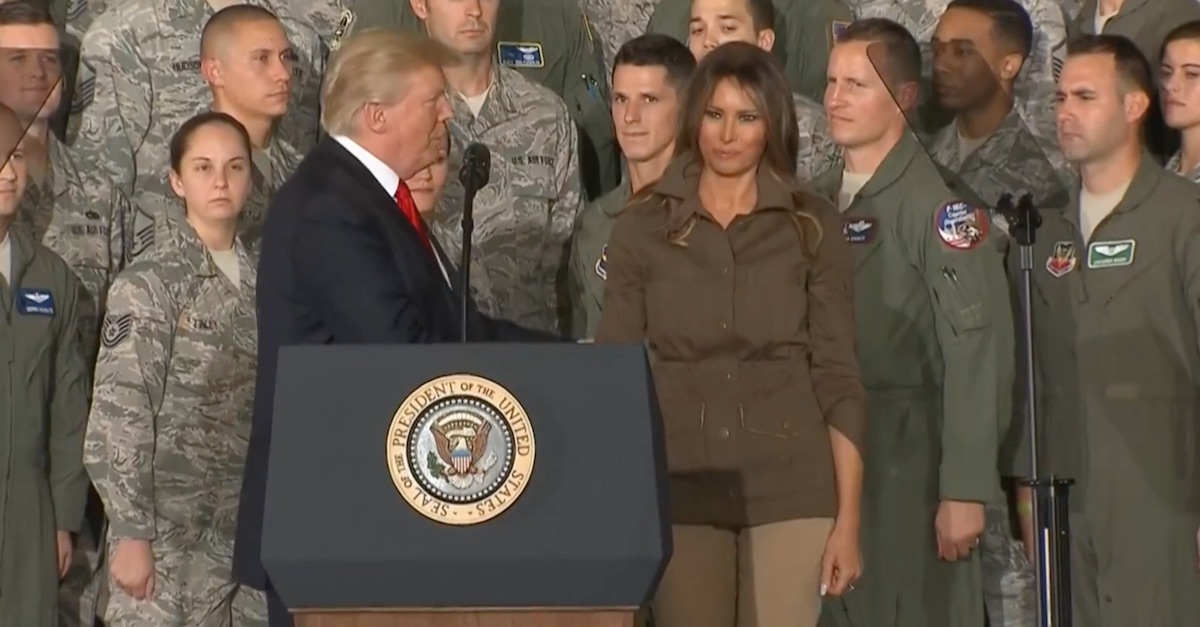