Protests in St. Louis continue from the weekend after demonstrators jailed 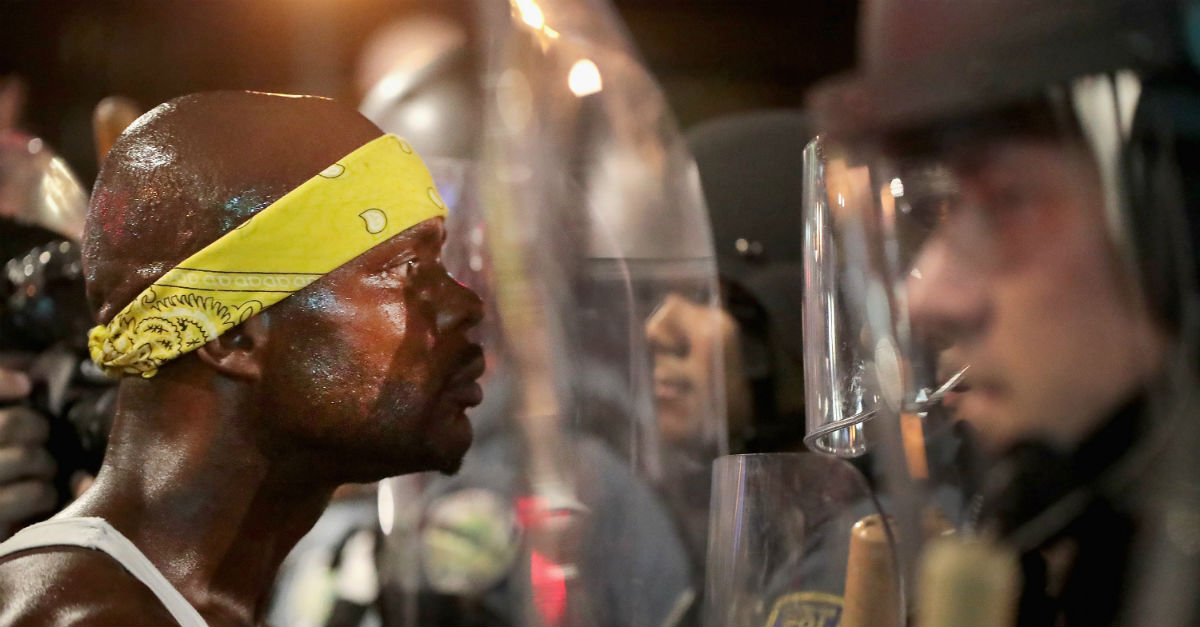 Protests continue after a St. Louis police officer was acquitted of first-degree murder charges following the death of an African-American man.

The streets of St. Louis were filled with protesters after a grand jury acquitted former officer Jason Stockley after fatally shooting Anthony Lamar Smith in 2011. Dashcam footage captured Stockley saying that he was “going to kill this [expletive], don?t you know it” just before shooting Smith five times. Prosecutors also argued that Shockley planted a gun on Smith after the shooting, an action allegedly caught on Stockley’s dashcam.

RELATED: Watch what happened when a woman stepped in front of riot police in St. Louis

Since Smith’s acquittal on Friday, protesters have spent much of the weekend on the city’s streets. Protesters shouted “free our people” in front of a St. Louis jail in solidarity with over 120 people who were arrested on Sunday night when some demonstrations turned violent. Nancy Fowler of St. Louis Public Radio said that the protesters “are planning to do something every day, often more than once a day.”

The St. Louis Police Department is also investigating reports that some officers chanted “Whose streets? Our streets.”

Several drew comparisons between the weekend’s protests and the 2014 reaction to the acquittal of Ferguson officer Darren Wilson following the shooting death of Michael Brown.