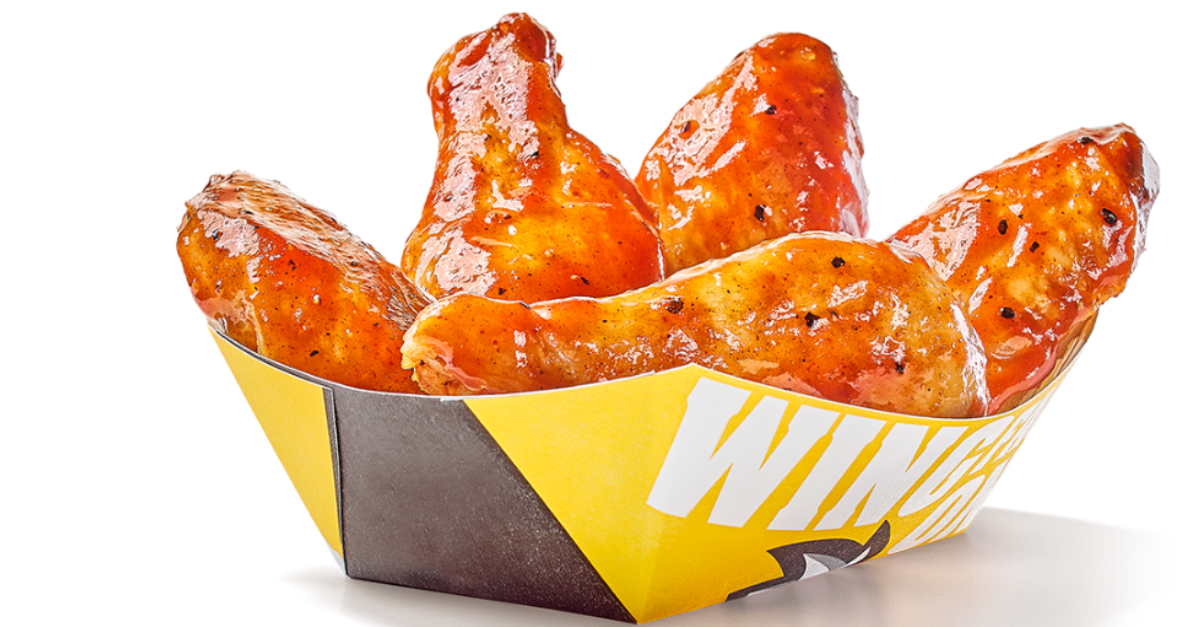 Buffalo Wild Wings, America’s fastest-growing diarrhea creator, has announced that in the spirit of the season they’ll be rolling out a new autumnal flavor: BBQ Pumpkin Ale.

According to their website the flavor mixes, “BBQ flavors and pumpkin spice for a taste of the season.”

Look, B-Dubs. I get what you’re doing here. I and everyone else go to Wild Wings for two reasons:

1. To watch sports while drinking anywhere between two and twelve cheap beers that, in terms of serving size, are actually equal to three beers (so, six to thirty-six beers, technically, if my girlfriend or the police officer who is arresting me for peeing on my own feet, even though they’re my feet so who cares if I’m in the middle of the street, wants to be a jerk about it).

2. To eat food that looks and tastes like it was conceptualized by Guy Fieri while he was on an acid trip at the Texas State Fair.

Your pumpkin spice wings certainly seem to be well within the parameters of number two, though these sound more like Guy Fieri thought them up while blasting of rails of cocaine while at a pumpkin patch, but that’s just splitting hairs. Still, I was hoping that maybe you’d buck the trend of shoehorning pumpkin into something that isn’t a natural pairing for the gourd. Maybe, I don’t know, something like, “It’s fall and the first chill is in the air SO WARM UP BY SWALLOWING STRAIGHT FIRE! F*CK PUMPKINS WE MAKE JACK-O-LANTERNS OUT OF FREAKISHLY OVERGROWN, GMO FUELED HABENEROS! TRY OUR B-DUB AUTUMN SPECIAL: THE JACK-O-SPLATS HABENERO WINGZ.”

That’s the Buffalo Wild Wings I know and love. The restaurant that sells baskets of deep-fried chicken parts slathered in prolapse lube. The restaurant that tells the world, “We know this is wrong, but f*ck you. Eat here.” The sort of restaurant that says, “We aren’t rotting enough of our customers’ insides. Sure we’re melting their organs, but why aren’t we wrecking their souls? Let’s make it so they can gamble in here too.”

Pumpkins? Not in my B-Dubs.

Watch: Is This Really the Best Fried Chicken Sandwich Ever?