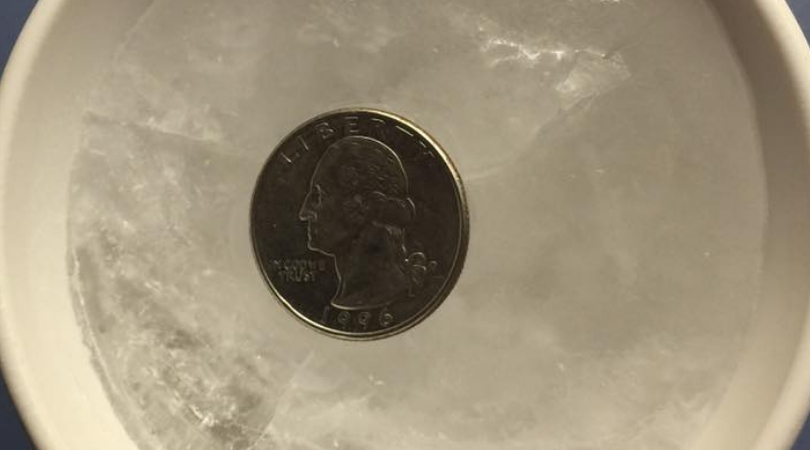 Florence is now under watch after a large and violent hurricane categorized as level 4 is causing catastrophic flooding and destructive winds. The National Hurricane Center is warning of a triple threat in the Carolinas and Virginia, with life-threatening freshwater flooding and heavy rainfall, conducting hurricane evacuations all around the area.

Sometimes, coming back after a major storm has passed, we forget that we might still be in danger. It’s very likely that power outages during a storm may have spoiled food leftover in the fridge. Which is why we are here to help as much as we can to save you from food poisoning and hours in the bathroom. How? By giving you some life hacks that can ultimately save you from consuming anything your body should not consume. Sheila Pulanco Russell, from North Carolina, wrote a Facebook post that has now gone viral, with a simple trick that helps you identify whether your food is safe to consume after a tropical storm or hurricane.

If the power goes out in your home while you’re gone, it’s natural to worry about the items in your fridge going bad. But, if the power returns before you did, well, you’ll never know if your fridge was running the whole time. So, believe it or not, to know if your food is actually okay to consume, all you need is a frozen cup of water and a quarter.

Yes, Russell recommends people freeze the water in a cup until it’s solid, take it out, put a quarter on top of the ice, and put it back in the freezer. I know, it sounds crazy, but stay with me. You see, when you return, if you find the quarter has moved to the bottom of the cup, that means your food was unrefrigerated while you were gone and it is no longer safe to eat.

What if you found the quarter in the middle? The food is likely okay but if you don’t feel good about it, then just throw it out. Nobody has time to battle a hurricane and a stomach bug, am I right? Ideally, you want the quarter to be exactly where you left it, right on the top. That means your freezer contents stayed frozen the entire time. That’s pretty genius, right?! We no longer have to guess if our food got sour or not while the power was out! Who said quarters were just good for magic and gumdrop machines?

As far as temperature, the FDA stated that when preparing for emergencies, the freezer should be below 0 Fahrenheit and your fridge temperature should not be above 40 degrees Fahrenheit. Experts also suggest freezing containers of ice water to help your food stay cold longer, even if the power goes out. One should also place refrigerator items in the freezer that you won’t eat right away to keep them fresh. Refrigerated food is usually safe as long a the door is kept shut and the power is out for no longer than four hours.

Watch: Have You Ever Seen the Milky Way?