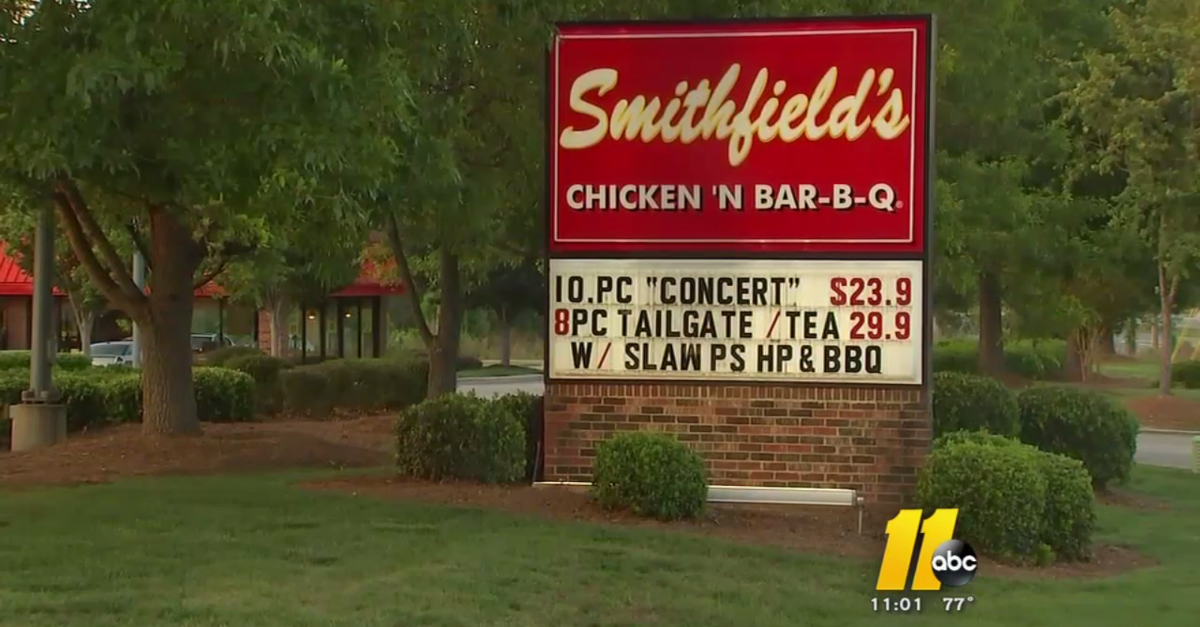 Police officers in Raleigh, N.C. were dining at Smithfield’s Chicken ‘N Bar-B-Q when employees reportedly sang NWA’s “Fuck the Police” while they ate. The Raleigh Police Protective Association (RPPA) shared news of the incident in a viral Facebook post. Even the manager was accused of singing along.

David Harris, franchise owner of the restaurant, responded to the allegations.

“We will do a thorough investigation and terminate anyone employee that doesn’t share our respect of all law enforcement,” he wrote.

RELATED: This woman agreed to swap $25 and chicken McNuggets for sex, but what she got instead was a whole lot worse

The RPPA put out a statement on Facebook thanking the public for their support:

We really appreciate the support we have received from the incident involving Smithfield’s Chicken and BBQ. We are confident that a positive resolution will occur as a result from our effort. Currently, the conversation between some people on the previous posts have deviated from our original mission which was to raise awareness to that particular situation and to show what police officers have to face now on a regular basis. For that reason, we decided to delete the original post.

We believe that all people should be treated with dignity and respect. Our officers do their best to complete this mission every day.

We are comforted that the community at large has our back. We greatly value your continued loyalty and support in the future.

Thanks again and best wishes.