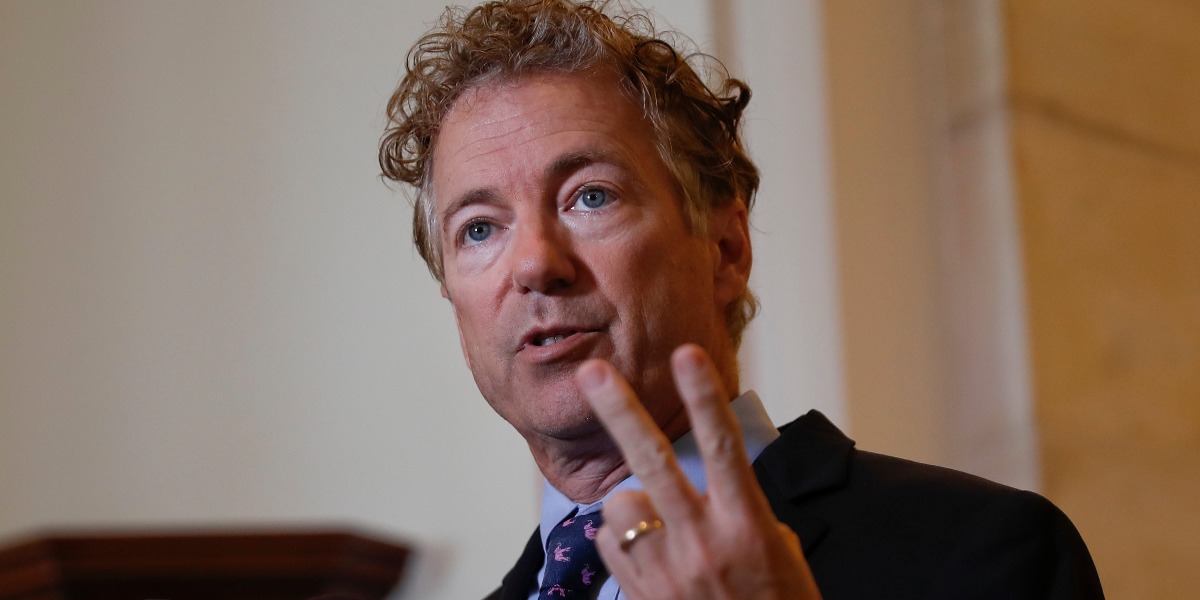 AP Photo/Pablo Martinez Monsivais
Sen. Rand Paul, R-Ky., speaks during a news conference on Capitol Hill in Washington, Monday, Sept. 25, 2017. Paul says he will not vote for the latest Republican health car bill, calling last-minute changes that would send more money to his state and those of other undecided senators as "suspicious." (AP Photo/Pablo Martinez Monsivais)

Sen. Rand Paul (R-Ky.) said on Tuesday he is prepared to vote ?no? on the Senate budget if the GOP does not agree to cut billions of dollars in spending.

Paul said he spoke to President Trump and GOP leadership about his desire to cut spending.

?I?ve told them I?m a ‘yes’ if they?ll not exceed the budget caps,? Paul told Politico. ?If leadership is unwilling to compromise with somebody who is concerned about the debt, then they deserve to lose.?

?These are the people who come to our caucus every day and say: ?Oh the budget doesn?t matter, it?s just a vehicle to get to taxes,?? he said. ?And yet when I ask for something they aren?t willing to do it.?

On Tuesday, Paul voted to move forward on the budget, which advanced on 50-47. The Senate is scheduled to begin voting on the measure Thursday.

Sen. John McCain (R-Ariz.), who some worried would oppose the measure, told reporters he would support the budget. Paul slammed McCain and Graham on Tuesday, stating they were ?torpedoing the budget.?

Graham and McCain fired back, suggested that Paul?s opinion was of no consequence.

“I don’t pay any attention to Senator Paul. Nor does hardly anybody else,? McCain said.

RARE POV: Rand Paul: No more Obamacare-lite bills ? we must have real repeal

McCAIN on @RandPaul's objections to military spending in budget: "I don't pay any attention to Senator Paul. Nor does hardly anybody else."

Paul, who has battled McCain over rolling back authorizations for the use of military force (AUMF), accused the latter and Graham of abandoning their conservative principles, saying their “principles of fiscal conservatism go out the door when it comes to military spending.”